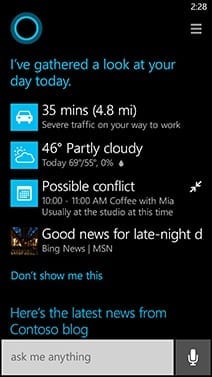 Windows Phone 8.1 is powerful and capable, but also simple and elegant. The only serious drawbacks are the limited app support and lack of market inertia. In this post, I’ll review some of my first impressions of the new Windows Phone 8.1.

I’m not a very phone-orientated person, as I spend most of the day sitting in front of a notebook, so when I’m with friends I prefer not to log in to Twitter and Facebook. But having recently added an Android tablet to my lineup of portable devices, I decided that it was time for a phone upgrade.

The last Windows-based smartphone I owned (if one could call it that) was an HTC Windows Mobile 6.5 device, and it was an unmitigated disaster. The only useful apps were Abbyy Lingvo, my offline translator of choice; Skype; and Internet Explorer. But worst of all, it let me down by refusing to automatically connect to a mobile operator when I was abroad. On the realization that manual network selection was only possible with the help of a third-party registry editor, I decided to end my relationship with Windows Mobile forthwith.

Despite the bad memories of Windows Mobile, the announcement that Windows Phone 8.1 had RTM’d prompted me to take a serious look again at Microsoft’s mobile offering. I’m quite familiar with Android, and can find my way around iOS, so it would certainly be interesting to see how Windows Phone compared. Considering how much I’ve enjoyed working with apps since the release of Windows 8.1 Update 1, I was expecting a favorable outcome.

The most striking difference between Windows Phone and its competitors is the GUI. Not only does Windows Phone dispense with icons in favor of tiles (sometimes of the “live” variety that display useful information or a picture), but moving around the interface and finding apps is easier than on Android, and live tiles make up for the lack of widgets on the iOS home screen. Search is intelligently built in so that I can quickly locate an app by name, and failing that, I can jump to apps grouped alphabetically.

Windows Phone 8.1 adds customization options that allow users to choose a background image for the start screen, and customize the lock screen in a similar way. For phones with larger screens, it’s now possible to add an additional column of tiles to the start screen, and icons can easily be moved and resized to create your own look and feel.

The ability to pin IE sites to the start screen is handy in cases where an app is not yet available for a particular service. Contacts and groups can also be pinned to the start screen, and integration with social networks like Facebook and Twitter enables messages to be sent or updates posted without launching the relevant apps.

I hadn’t expected the cheapest Windows Phone handset, the Nokia Lumia 520, to be such a responsive device. My Android tablet has a quad-core 1.5GHz processor, compared to the Lumia’s 1GHz dual-core, but while the tablet slows down noticeably once a few applications are running, the Lumia blazes on without raising a sweat. Moreover, the tablet usually needs to be rebooted after an hour’s use to restore responsiveness, closing apps is not enough, but I’ve not experienced this problem so far with the Lumia.

Much of this is down to the way Windows Phone 8 handles multitasking. Similar to iOS, Windows suspends apps once they are no longer in the foreground, leaving background agents to provide notifications. When an app is resumed, you are taken back to exactly where you left off, giving the impression that the app was still running in the background. This might seem like a disadvantage for power users, but for most of us, battery life and consistent performance are more important.

The main reason for jumping to Windows Phone at this stage is new and improved functionality that brings the platform on a par with its competitors. The Notification Center and quick links are crucial to making Windows Phone 8.1 a serious contender.

Along with an impressive array of Mobile Device Management (MDM) capabilities, IPsec (IKEv2) VPN functionality has been added, but SSL VPNs can only be configured using vendor plug-ins. S/MIME is now in, as is support for distributing certificates, and VPN and WIFI profiles. For more information on enterprise functionality, see our article on the “Top Windows Phone 8.1 Features For Businesses“.

Improvements in IE11 enable better support for displaying YouTube videos, including WebGL, and the ability to open an unlimited number of tabs. Other nice touches include a function to backup data and app settings to OneDrive; and Data and Storage Sense apps allow you to keep tabs on how much network traffic and SD card space is being consumed. I’m not in the United States, so haven’t been able to get access to Cortana, the voice-activated assistant similar to Apple’s Siri, but understand it’s a worthwhile addition. 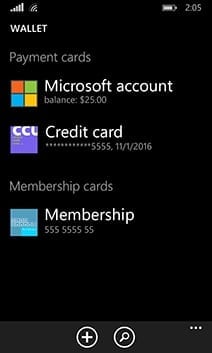 One area in which Windows Phone 8.1 beats the competition is for built-in support for editing Microsoft Office documents. While the apps are simple, Android and iOS cannot edit documents without either using a third-party suite on Android or paying for Office 365 to get the official iOS apps.

Going forward, the fact that Windows Phone 8.1 shares 90 percent of its APIs with Windows 8.1, coupled with the ability to create Universal Apps that can be easily ported to phone or desktop clients, should be a benefit for both consumers and businesses.

However, if I were to hand Windows Phone to an employee or friend today, I can imagine the main drawback would come when a favorite app can’t be found in the store. Most of the mainstream apps are now available for Windows Phone, but developers don’t code for Windows Phone as a rule because it doesn’t have a big enough market share. While I can live with that, I’m sure there are many who couldn’t. Despite the limited app support, Windows Store still has 200,000-plus apps with all the main players represented.

I’m struggling to find major criticisms of Windows Phone 8.1. After a few days’ use, it’s clear to see some of the benefits Windows Phone has over iPhone and Android. But it’s not perfect, and there’s still room for refinement and improvement in some areas. As can be said of Windows 8, Windows Phone suffers from Microsoft’s inability to communicate why Windows Phone is better than the competition.

While the Lumia 520 represents good value for money, it is still too expensive. Many are looking for an inexpensive phone, and at more than twice the cost of the cheapest Android handset, Windows Phone is only able to compete with the iPhone on price. But if you take a look at the marketing videos on Microsoft’s website, apart from cringing a little, it’s clear that Windows Phone is being positioned as an iPhone killer – but that’s unlikely to happen anytime soon.