Windows 8 Client Hyper-V : Create a Virtual Machine Based on an Exisiting VHD File 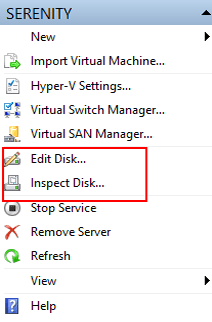 Are we having fun yet?
Welcome to my five-part series on Windows 8 Client Hyper-V. In the first article, I showed you how to install and configure the client Hyper-V feature in Windows 8. In part two, we configured a virtual switch, and in part three I demonstrated how to populate Hyper-V with virtual machines. This promises to be a terrific desktop virtualization solution and it’s included in Windows 8 Professional. Today I’ll create a new virtual machine from an existing VHD that had a previously installed operating system.
Finally, in part five, we’re going to run through the steps in managing Windows 8 Client Hyper-V with PowerShell.

As I’ve mentioned earlier, when I ran Windows 7, I primarily used Virtual Box from Oracle for desktop virtualization. Now that I’m running Windows 8, I want to use Hyper-V. I can’t import the virtual machines, but I can build new virtual machines from virtual disks. I have already converted the Virtual Box disk files from their format to VHD. But in order to test the entire process I’m going to use a copy of a VHD file previously created from another project.
The first thing I want to do, although not required, is to verify the VHD file. In Hyper-V Manager, there is an inspect disk action as I’ve highlighted below in Figure 1.

The action brings up a file browser. After navigating to the correct folder and selecting the VHD, I can see that it looks pretty good in Figure 2. 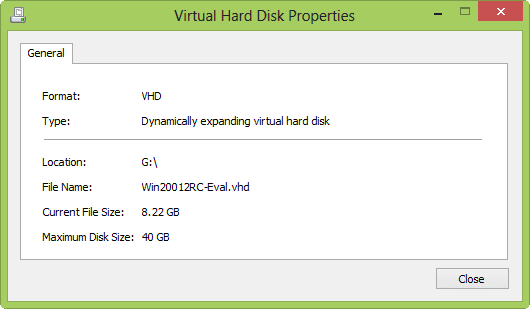 No problems, so I’m going to build a new virtual machine around this disk. From the Actions pane I’ll click on New – Virtual Machine. This begins the wizard in Figure 3. 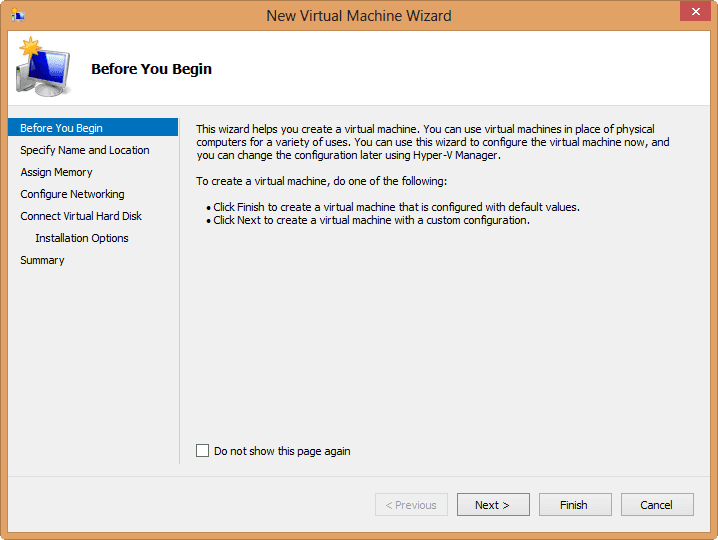 Next, I’ll give my new VM a name. I’m going to accept the default location for now, as seen below in Figure 4. 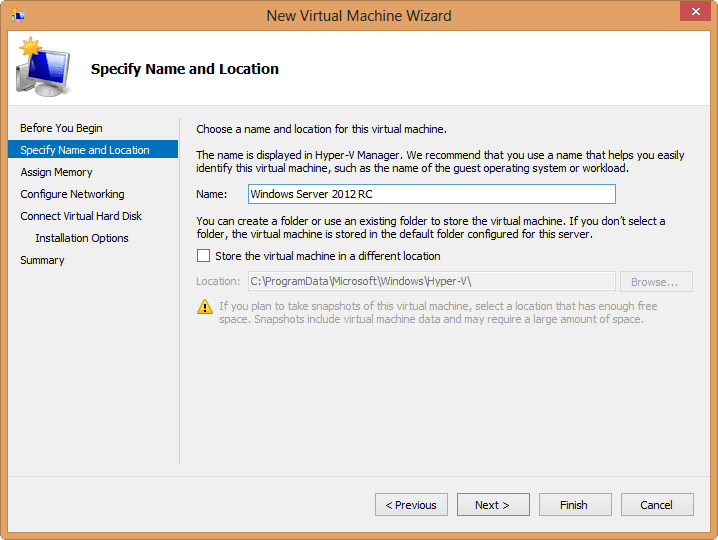 Clicking Next brings me to memory configuration. Because I intend to not have any other virtual machines running when this is running, I’ll go ahead and bump this to 4GB. My test machine has 8GB of RAM. 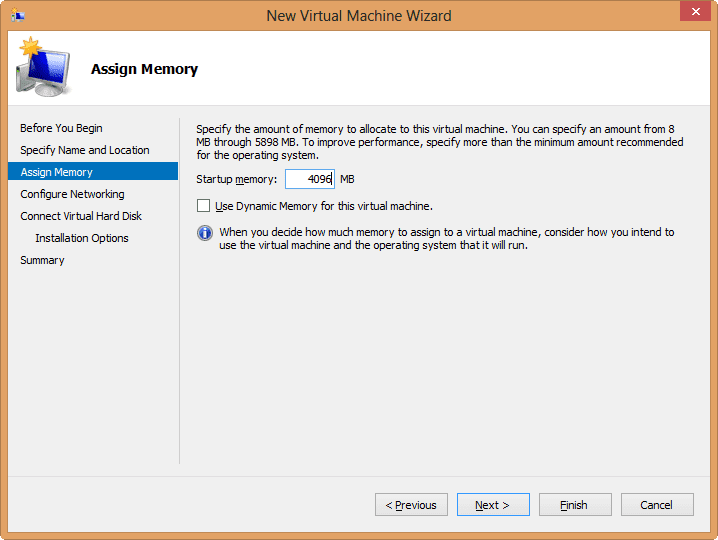 Now it’s time to roll up my sleeves and do a little configuring networking. Remember, the VHD already has an installed instance of Windows Server 2012 RC, and I know it is configured for a single adapter. So I’ll create a new adapter with the virtual machine and bind it to my virtual switch that will connect it to the physical network. Eventually when I start the virtual machine, the guest OS will do some reconfiguring for the new hardware, but that’s okay. 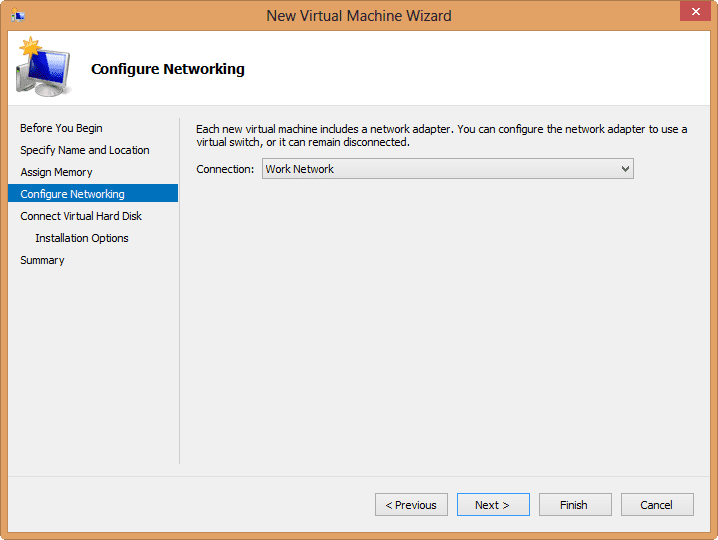 Now comes the main part. I already have a preconfigured disk so I’m not going to create a new one. Instead, as you see below in Figure 7, I’m going to specify the path to the exiting VHD file. 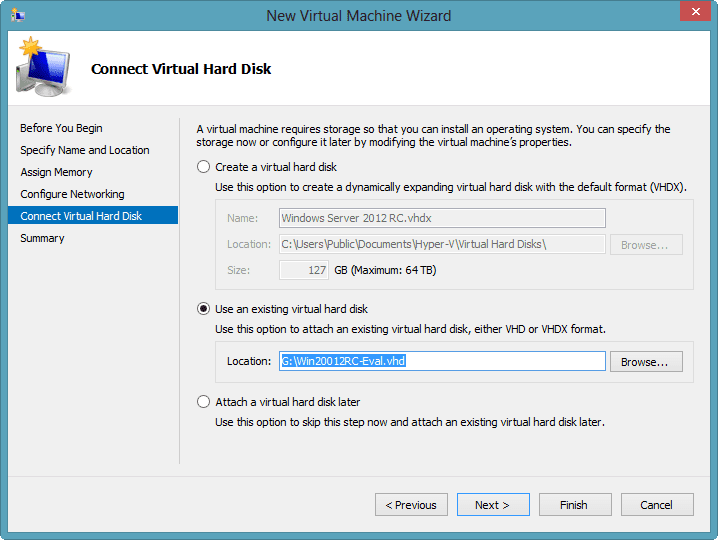 Clicking Next brings me to the summary page as depicted below in Figure 8. 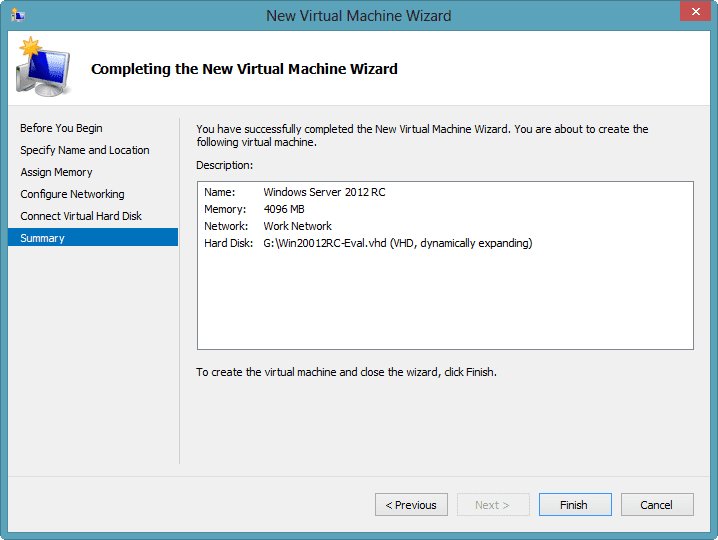 Clicking Finish will get the job done, as you can see below.

Before firing up the virtual machine, I’ll take a quick look at its settings. 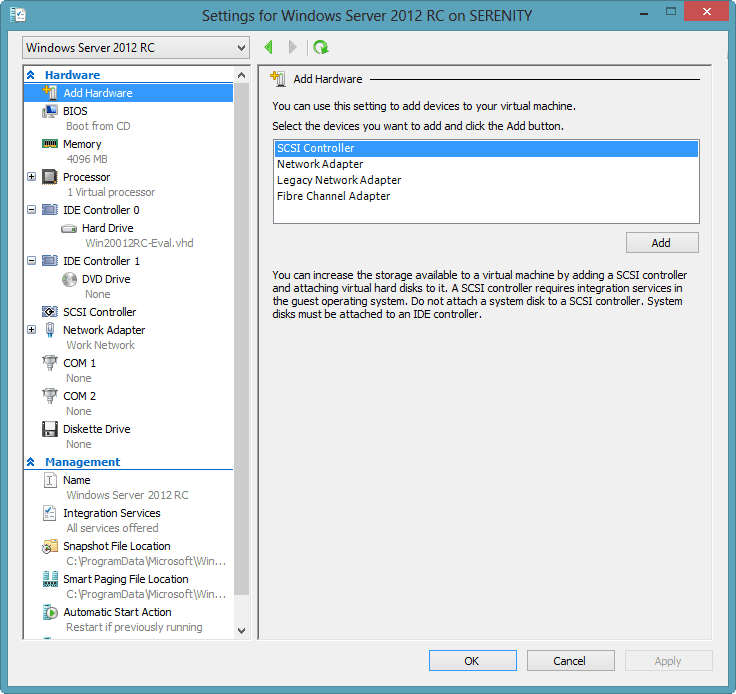 When you are using an existing VHD with a pre-installed operating system, hopefully you know what hardware configuration it is using. You may need to adjust settings accordingly. For example, if I knew the operating system on the VHD is expecting two processors, I can go ahead and add a second one. These settings should be okay, so I’ll close them and fire up the new virtual machine based on an existing VHD. 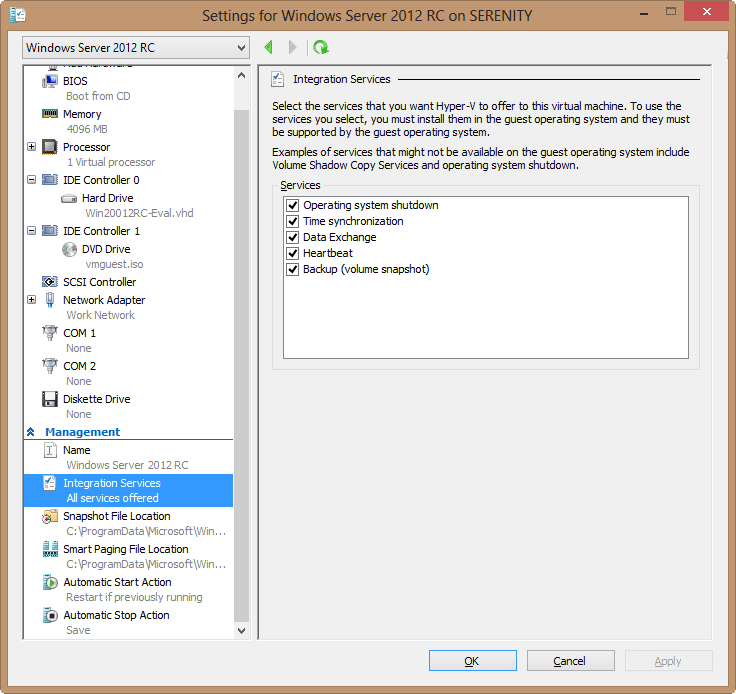 As I hope you’ve seen, creating a virtual machine is pretty easy, especially when you use a VHD with a previously installed operating system. Now that I’m familiar with the process and the Hyper-V Manager, I can turn my attention to rebuilding my VirtualBox virtual machines into Hyper-V machines. I’ll cover that in the next article.