Why RTM Is No Longer a Green Light to Install Windows 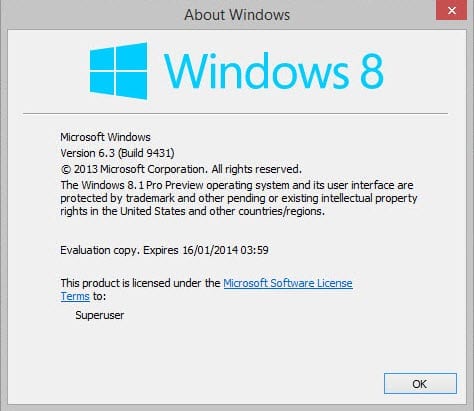 As Microsoft moves to a rapid release schedule for its client and server operating systems, don’t hurry to be first out of the gate when Microsoft releases the RTM bits.

The release to manufacturing (RTM) milestone has traditionally been when Microsoft officially deems a new product or OS to be ready for consumption and officially supported, giving organizations the green light to deploy Windows in production environments, or enthusiasts their first opportunity to install the final build.

When Windows 8.1 and Windows 2012 Server 2012 R2 RTM was announced in August 2013, the bits were only made available to manufacturers, enabling them to prepare new devices in time for the holiday season. TechNet and MSDN subscribers would not get access until October 18, leaving developers and system administrators waiting along with everyone else another couple of months for the release to customers (RTC) milestone.

This decision created something of a furor in the IT community, and on September 9, Microsoft backtracked and made the RTM bits available to TechNet and MSDN subscribers. This was an important move, as developers in particular need to have access to the new OS in advance of customers, to ensure that applications can be updated to support new features and that existing compatibility is maintained.

So why wait two months before officially releasing Windows 8.1 to the general public? At the time of writing this article and just a month away from RTC, it’s clear that some applications and device drivers don’t work correctly in Windows 8.1, despite the OS having been RTM’d more than a month ago.

Intel and NVidia have done a good job at ensuring drivers are ready for Windows 8.1 by RTM. Microsoft’s suite of free add-on applications, Windows Live Essentials, hasn’t been updated to support Windows 8.1, and it’s not clear if there are any plans to do so.

You’ll find some websites that still need to be updated to work properly with IE11, which is included out-of-the-box in Windows 8.1. This is almost always the case with new releases of Internet Explorer. If you install IE as soon as it RTMs, you will likely find even major sites that don’t render correctly or exhibit other compatibility issues.

If you want a smooth upgrade to Windows 8.1 or Server 2012 R2, I recommend waiting until RTC on October 18, even if you have access to a TechNet or MSDN subscription. Resisting the temptation to upgrade before RTC is likely to save time and prevent irritating compatibility problems with drivers and applications – which, considering the size of the Windows ecosystem, are guaranteed to affect a sizable proportion of the user base.