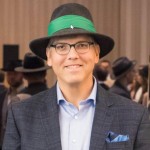 Azure KeyVault is the place to store secrets and cryptographic keys for our applications and services. I’m sure you already know that Key Vault can safeguard keys in hardware security modules and audit access to all the secrets inside, but if not, you can read about the basic features in the Key Vault documentation.

In this post, I want to look at a relatively new feature in Azure App Services that will allow you to consume Key Vault secrets from any application, service, or function running in App Services. This feature is currently in preview but is expected to be generally available in only a few weeks. I believe this new feature, called Key Vault references, is the best approach for using Key Vault. To understand why, let’s take a quick look at how we traditionally use Key Vault from an App Service.

Key Vault, like every service inside of Azure, exposes an API. You can use the API to retrieve a secret from Key Vault. All you need to do is send an HTTPS request with the appropriate authorization token generated from an account with read access to the vault. The API allows us to use KeyVault from any platform and any language with quite a bit of flexibility. Applications can dynamically load secrets and connection strings from Key Vault and keep the settings cached.

Microsoft provides wrappers around the low-level HTTP API for many platforms and languages. When building apps or services with ASP.NET Core for example, you can reference a NuGet package for a Key Vault configuration provider. The provider will load a complete set of secrets into the app’s native configuration settings.  The code is simple and looks like the following.