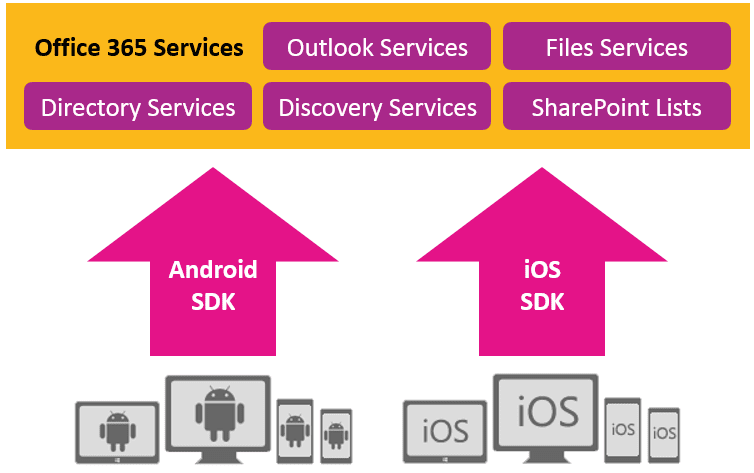 At this year’s TechEd Europe conference that’s currently taking place in Barcelona, Microsoft is focusing its effort and energy toward making sure that IT professionals and developers have the tools they need to be highly productive in the company’s ambitious drive toward a “cloud-first, mobile-first” world.

Microsoft provided some interesting statistics that showed off the success of Office 365 thus far. One of them is that there is an existing network of over 3.4 million developers that are extending Office and SharePoint, where over 1,200 apps are available in the Office store. The company also noted that over 70 percent of the Fortune 500 companies are leveraging Office 365, which undoubtedly makes the platform lucrative for reaching users in new and engaging ways.

With that said, Microsoft is delivering new ways in which developers can continue to stay engaged with the Office 365 platform. First, Microsoft is providing new tools for Office 365 and Visual Studio, which include new Office 365 APIs and software development kits (SDKs) for iOS and Android operating systems.

Microsoft is now providing developers with new, REST-based APIs for mail, files, calendar, and contacts. “From a travel reservation app that connects to Office 365 calendars and contacts, to a sale automation app that fully integrates with Office 365 mail and files–the possibilities with Office 365 are endless,” a recent blog post by Microsoft reads. Developers can get started with the new APIs by visiting the Office Dev Center.

Microsoft is also launching a new iOS SDK, along with a new, production-ready version of the Android SDK. The new SDKs are modular and are comprised of five different packages, which include Outlook services, Files services, Directory services, SharePoint lists, and Discovery services.

Android developers might also find it helpful to download and install the MS Open Tech Tools plugin, which gives devs access to Office 365 services through the Android SDK from the familiar IntelliJ or Android Studio development environment. Developers who are looking to dive into the new SDKs should visit the Microsoft Open Technologies blog post that provides great information on how the SDKs were built, along with several different resources and code examples.

We’ve been covering TechEd Europe coverage pretty heavily here at the Petri IT Knowledgebase. Along with development news in regards to Office 365, I provided highlights for new Office 365 mobile device management and disaster loss prevention (DLP) features that were announced. Additionally, Contributing Editor Russell Smith tackled different Windows 10 enterprise features that were previewed during the keynote, and Editorial Director Jeff James has also provided a wealth of insight into new updates and enhancements that were made to Microsoft Azure. What are your thoughts on the news from TechEd Europe? We’d love to hear your thoughts, let us know by dropping a line in the article comments below.