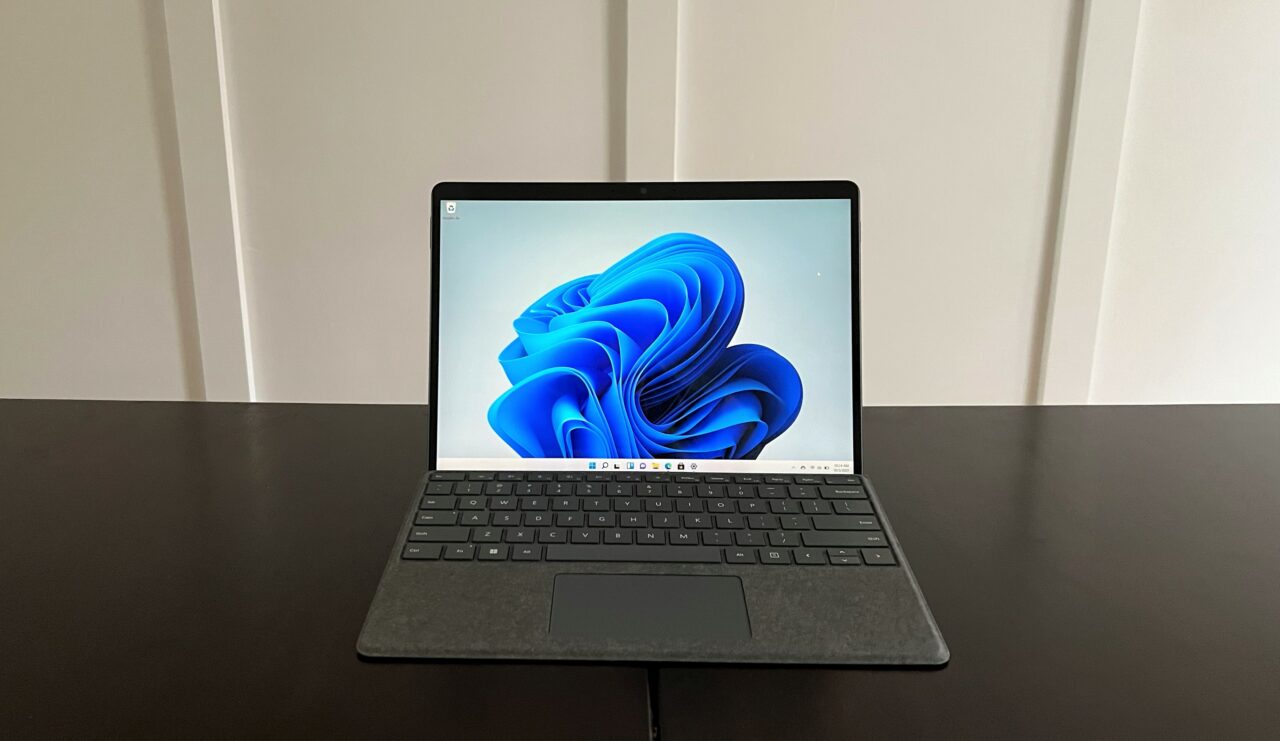 If there is one device that defines the Surface brand, it’s the Pro. The hardware is the backbone of the lineup and it is the best-selling Surface to date but the last couple of revisions have been modest, to put it lightly.

But the Pro 8 is finally answering the calls that have been growing louder for years. While it took far longer than we had desired, Microsoft is addressing nearly all the feedback they have received for several years with the Pro 8 and it’s one of the best updates the company has ever shipped for its devices, period.

Microsoft has updated the performance, the display, the form factor, and the ports. With an 11th gen Intel processor under the glass, up to 32GB of RAM, a larger and 120Hz display, Thunderbolt 4, Surface Connect, and the Type-cover design from the Pro X means you (can) have a pen with you at all times, not much was left on the cutting room floor.

The Surface Pro 8 feels like what a modern PC should be – thin, light, powerful, and filled with modern ports. The lack of 5G may annoy some and the fact that it has active cooling instead of passive also means that there is room for improvement but when compared to the Pro 7, this is a step in the right direction for the Pro line of devices.

In fact, it’s a bit hard to write a review of an 8th generation device because Microsoft improved all the aspects that we have been asking them to for several years. In short, if you like the Surface Pro form-factor, you will like the Pro 8.

But there are a few things you should be aware of before buying what is the most expensive Surface too. Keep in mind that previous generation devices typically started at $7-800 USD, the Pro 8 starts at $1099 without a Type cover, and also know that your current keyboard covers will not work on the Pro 8.

You will also need to buy a new cover which starts at $179.99 but if you want the new inking experience, you are looking at $250.00. Doing basic math, you are looking at about $1350 for the optimal entry-level Surface Pro 8 experience and that’s not cheap. Keep in mind that if you are a business, your prices will vary slightly if you qualify for volume discounts.

You can buy a well-equipped laptop for that kind of money which makes the choice a bit tougher for the Pro 8 but if you want a tablet-style device and the price fits your budget, you will be happy with the hardware.

The biggest addition to the device is not the larger display or thinner chassis, it’s the inclusion of Thunderbolt 4. Microsoft was late to the adoption party but this also means there is a breadth of peripherals available such as docks, external GPUs, and other devices that should extend the longevity of the hardware.

And like every previous generation of Pro, the Pro 8 should fit well into your environment if you have other Surface devices deployed. Your existing docks and chargers will be compatible, and Windows Hello, TPM 2.0, 5MP for Teams calls, and faster connectivity with 802.11AX, means compatibility with the tools you are using today will not be an issue.

Microsoft is also including the ability to remove the storage drive as they have done with previous devices, which is a big win for when you need to either service or dispose of the hardware and want to protect corporate data.

One thing to note if you are going to buy this hardware, out of the box, the 120Hz display feature is disabled. You can turn it on from the settings panel but I might be going against the grain and saying you may not need to do that. Yes, the faster refresh rate is a solid addition to the Pro 8 but if you are trying to stretch the roughly 8hrs of battery life (in my limited testing – more testing is needed) then leave it off – it’s a nice addition but not something you need.

The Surface Pro form factor has been around since 2013 and with this generation, Microsoft moves in the right direction to keep the device relevant and modern. Bundled with Windows 11 means you get an improved inking experience and a better touch experience than Windows 10, the Pro 8 is built better for not only the hybrid work environment but also hybrid input too.

I have been using the Pro 8 alongside the Surface Studio Laptop for a few days and it’s a bit early to say that this is the best Surface Pro ever but I am going to go ahead and say it anyway – this is the best Surface Pro ever. While the fan noise can creep in, and the lack of 5G connectivity is a bit disappointing, the other enhancements overshadow these shortcomings.

If you are on the fence about upgrading any prior generation Surface, you will be happy moving to the Pro 8. Microsoft has finally answered the calls for updates to the Pro devices and it’s a fantastic piece of hardware that was 8 generations in the making.