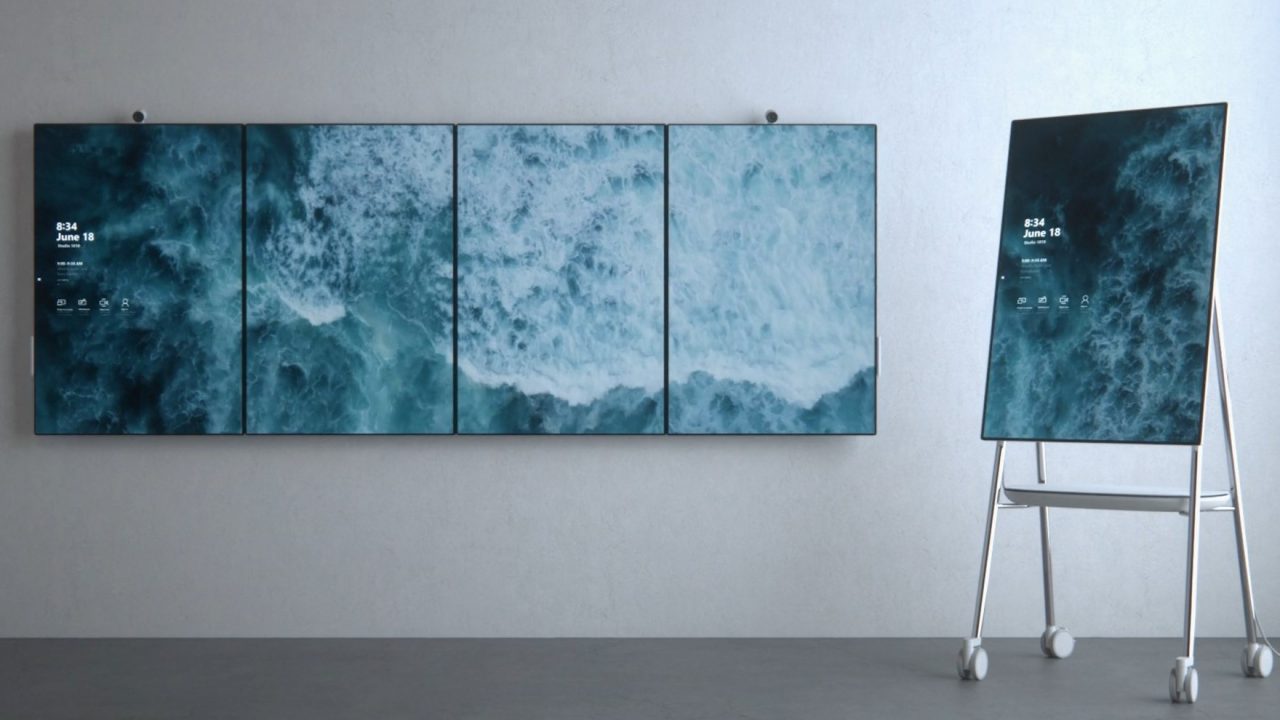 When Microsoft announced yesterday that the Surface Hub 2S would arrive in 2019 and the 2x, the version they showed off earlier this year, wouldn’t arrive until 2020, to say that news was disappointing is a bit of an understatement. Earlier today, I was able to get my hands on one of the new pieces of hardware and the future looks promising.

First are foremost, we were not allowed to take pictures or video of the device as it was prototype hardware and had a few rough edges. That being said, the hardware is absolutely real and the updated hub operating system was running relatively smoothly for it being a prototype.

While the hardware is great, the unique aspect of the Hub 2 will absolutely be the software. The rotation of the screen from a physical perspective was simple and it very easy to manipulate but the animation needs a bit of refinement; for a product that’s not coming for at least another year, they have plenty of time to fix this little issue.

But the bigger innovation with the hardware is multiple users being able to authenticate to the device. Using the fingerprint sensor, up to 16 users can be logged into the hardware at one time to access their own content and share it with the people in the meeting.

Further, the authentication is per-app based. Meaning, one person can be logged in and open a word document and another person can authenticate to open an Excel document at the same time. Permissions are per app as well, if someone is trying to copy content to another user who does not have the permission to view that information, the content will retain permissions and not paste into the unauthorized user’s instance.

The multi-user, per-app, permissions is a serious upgrade to not only the Hub experience but also the Windows experience as well. While Microsoft has not announced any feature like this for Windows 10, I would have to think that we will see this technology surface in other Microsoft products in the near future.

Authentication will not use Windows Hello cameras and will instead utilize fingerprint readers and traditional login methods like username and password. The reason why facial recognition is not used is the ability to know who to login to the device when the camera is turned on creates significant overhead for a problem that can simply be solved with a fingerprint reader.

The Surface Hub 2s arrives in Q2 in 2019 and can be upgraded to a 2X via swappable compute module that plugs into the back of the device. There were USB-C ports on the perimeter of the Hub 2 which means you can move the cameras and fingerprint readers to any side.

While we don’t know any more info about price or shipping date, I expect that the demand for this hardware will outstrip supply. If you are planning on deploying these in your office, it’s best you start planning today so that when pre-orders open up, you are ready to roll.