The State of Windows 8 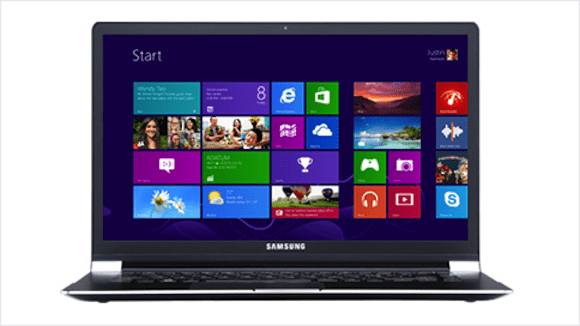 I recently asked readers of the Petri IT Knowledgebase email newsletter (follow link to register) to give me their feedback on Windows 8. Dozens of readers replied with emails full of feedback and input, and the consensus that emerged isn’t one that Microsoft will like to hear: Windows 8 needs a makeover. Many thanks to readers who provided feedback, and I appreciate everyone who took the time to email me their thoughts.

Windows 8 has historically inspired both admiration and criticism from system administrators. Some have praised its touch-centric GUI on mobile devices, while others have focused on many of the complaints you see listed here. Late last year I authored two articles about why admins should deploy Windows 8 (and why they should not), and both received a fair amount of feedback, both pro and con.

I received more than four dozen emails from readers about Windows 8, and the overwhelming majority listed the issues I’ve reprinted (with reader comments) below. From the minority of positive replies, reader Marvin Kuers said that “All our home users use Windows 8. It Works great for home users.” Kuers also said that he still “…uses Windows 7 on our office machines, but we have not purchased new PCs since Win8 was introduced.”

And while most of the complaints listed here are focused on GUI and usability issues, we should all remember that Windows 8 — underneath all the drama caused by a missing start button, interface confusion, and increased training costs — still boasts an impressive number of new features, including a significant number of noteworthy security improvements.

In response to user feedback, Microsoft is already hard at work on “Windows Blue,” a moniker widely acknowledged to be the code name for the upcoming Windows 8.1 update. I’ll cover more of what is expected to be included in Windows Blue in a separate post. For now, here’s a summary of the feedback on Windows 8 I received from readers – a list of grievances that many hope Microsoft will address soon.

This was the greatest grievance by far: The surgical removal of the ubiquitous start button. The Windows start button has been present in every version of Windows since Windows 95 was launched with great fanfare in 1995, backed by an expensive marketing campaign powered by the Rollings Stones-supplied ‘Start Me Up’ theme song. “I’m glad to hear that Microsoft is listening to their customers about the Windows 8 start button,” Richard Collins, an IT professional who works for an Australian bank, told me via email. “I am  desperate for the same [a start button] for Server 2012. No start button, ‘charms’ that are hard to show up and a small right click area to get ‘run’ and ‘cmd prompt’. What were they thinking ? All my colleagues agree [Windows 8] is a step backwards.”

Petri IT Knowledgebase reader Mike Hastings had similar feedback. “Even though some aspects of win8 are desirable, the removal of the start menu negatively impacts productivity and work flow,” he says. “The Start menu has become an integral part of training, guidance, and is associated with Windows. If they bring back the Orb, I’m in. ”

In addition to the removal of the start button, many readers felt that Microsoft’s attempt to smoosh together a mouse and keyboard-centric desktop OS with one optimized for touch-enabled devices and tablets was a misguided one.

“Windows 8 suffers from the lack of touch screens in the world,” says Ian Dodd, a technical consultant also from Australia. “Effectively, it’s a touch screen OS which is continuously provided with non-touch screen hardware products. That creates a large level of end user frustration, particularly with laptop computers almost exclusively being supplied with Windows 8 Home Premium… As their IT support, I feel the same way. Imagine getting 3 hours work out of a new laptop? …I have yet to meet any business person who wants his staff to use Windows 8.”

Another common request was a simple one: Let users boot directly to the mouse- and keyboard-oriented desktop. IT pro Joe Gambill says that he “agrees 100% that Microsoft is well-served in bringing back the start button and booting [directly] to the desktop,” while another reader told me that he was “…waiting for the ‘boot to desktop’ version, before considering to install Win8 on any of my systems.” Gambill also articulated the frustration that many users are feeling about Windows 8: “I’ve fumbled with Windows 8 for five months now and haven’t had the time to “learn” it with instructional material. Trial and error has been a big part of using it, and it was pretty frustrating at first. I’ve settled into a comfort zone but feel like I am short-changing myself on what I need to know.”

Wanted: An OS for Pros

Readers also expressed a desire for Microsoft to provide a greater distinction between touch and consumer devices and PCs and servers used exclusively in a professional setting. System Administrator Seubpong Chaichan thinks that Microsoft should “redesign [and] separate” their OS solutions for business users and consumers. “Windows server 2012 with the metro UI isn’t good,” says Seubpong, and he urged Microsoft not to include elements aimed at consumers to their professional and server products.

One of the more popular features of Windows 7 among readers was “Windows XP mode,” a feature that used Microsoft’s virtual PC technology to run programs originally designed for Windows XP using Windows 7. XP mode wasn’t offered in the Starter, Home Basic, or Home Premium editions of Windows 7, but it was offered in Ultimate, Professional, and Enterprise editions. Windows XP mode was removed from Windows 8, so some readers have complained about the omission.

All of the aforementioned interface gripes and grievances can translate into expensive support costs for organizations that are considering moving to Windows 8. For senior IT managers like Ben Wrigley, a director of Information Technology at a large hotel chain, migrating to Windows 8 isn’t an inexpensive proposition. “Windows 8 means no start button, which means training, which has both operational and financial implications,” Wrigley says. “We’re moved from Win 3.1 to Win 7 (in a number of hops) and never had to provide OS user training. With Win 8 we would have to.”

Reader John Vance told me that one of his biggest gripes about Windows 8 is the lack of default DVD and Blu-ray playback. Microsoft had to pay licensing fees for including default DVD and Blu-ray playback in earlier version of Windows, but that functionality has been removed from Windows 8. You can purchase a Windows 8 Media Center pack for Windows 8 Pro that provides that functionality, or you can look into other playback alternatives, such as the free and open-source VLC Media Player.

Other readers, like Tony Winburn, have had issues with hardware compatibility. “After selling a compliment of AMD-based Windows LAN gaming machines using Asus “Made for Windows 8″ motherboards, I was kept busy fixing crashed machines,” Winburn says. “I finally had to revert all of them back to Windows 7 and have not had a complaint since.”

Systems Administrator Bill North sums of the thoughts of many readers by saying that he’ll wait to see how things improve for Windows 8 in the future. “For me? I’m waiting for 8.1,” North says. “I’ve been MS’ing since 1989 so I have seen the start/stop/go/wait-a-minute/oh beanz can we pull that back, releases. Many, many lessons there as you know all too well.”

So are you looking forward to the relief that Windows Blue (aka Windows 8.1) will bring to IT administrators? Drop me an email with your thoughts, or reach out to me on Twitter.