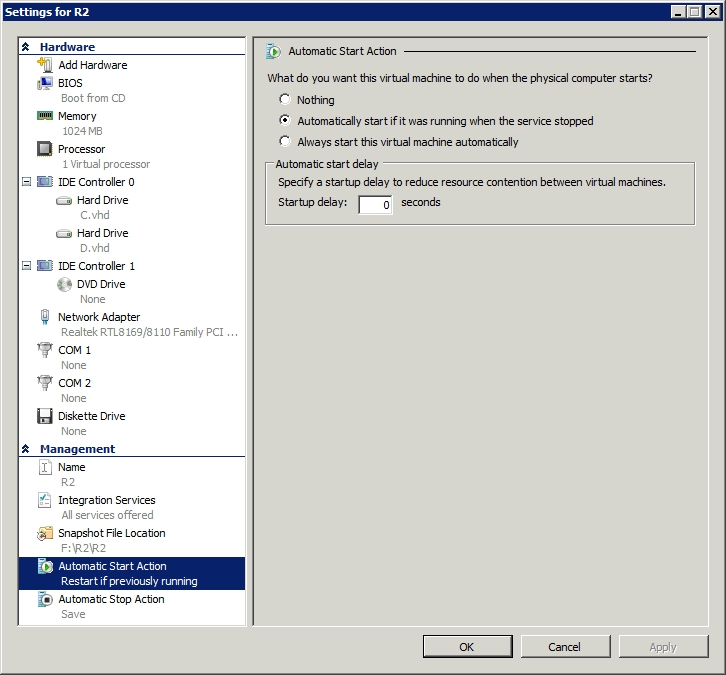 One of the problems with server virtualization is that when you virtualize your servers, you are essentially putting all of your eggs into one basket. Imagine for instance that a physical server that is hosting a number of virtual machines drops offline for whatever reason. None of the virtual machines hosted by that server will be available until the host operating system is rebooted, and all of the virtual servers are booted. Fortunately, there are some things that you can make the process of bringing everything back online a lot less painful.

Even if your host operating system isn’t normally prone to failure, it’s worth taking a look at Hyper-V’s automatic startup options for virtual machines. It’s inevitable that you will eventually have to reboot your host operating system as a part of the match management process. When those reboots do occur, it’s nice not to have to manually boot every single virtual machine that’s hosted by that server individually. 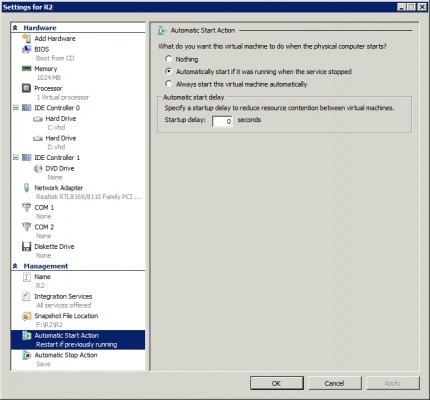 Hyper-V offers you a variety of automatic startup options for your virtual machines. 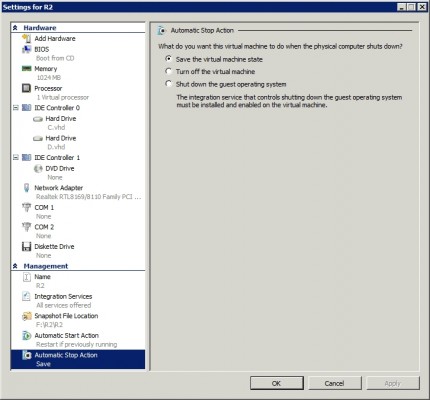 This does a couple of things for you. First, it ensures that virtual servers are shut down gracefully whenever you need to reboot the host operating system (assuming that you don’t choose the Turn Off the Virtual Machine option). Second, it makes the process of rebooting the host operating system easier, because as long as you have set the automatic stop actions ahead of time, you don’t have to worry about taking the time to manually shut down each individual virtual machine.

Nobody likes to think about rebooting a host server that has a bunch of virtual machines running on it, but a reboot is sometimes impossible to avoid. When those situations do occur, setting the automatic start actions can make your life easier.