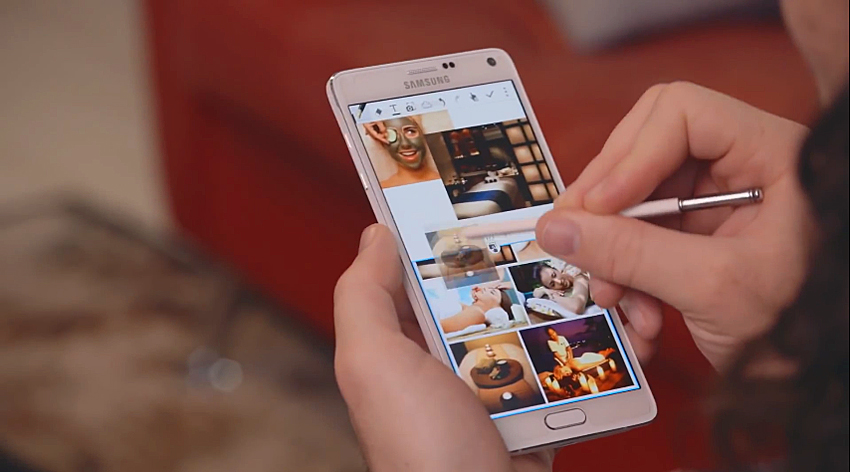 2014 was not a good year for the world’s largest smart phone maker, with Samsung seeing increased competition from numerous Chinese rivals at the low-end of the market and from Apple at the high-end. But the fall of the mighty only got worse in the fourth quarter of 2014: while Apple set records for iPhone sales, profits and revenues, Samsung stumbled badly.

Samsung today announced that it earned a net profit of $4.8 billion on revenues of $48 billion in the fourth quarter of 2014. Those numbers are nothing to sneeze at, but both are down from the same quarter a year ago, and Samsung’s revenues for the entire calendar year 2014 are down from the previous year as well.

Samsung’s business extends far beyond smart phones, of course. But where the firm’s Mobile business once contributed 70 percent of Samsung’s operating profit, that number fell to 58 percent by the end of 2014. Samsung isn’t making as much selling smart phones as it once did, and its Mobile business is no longer its most profitable.

As problematic, Samsung in 2014 watched its once-commanding lead in the smart phone market get whittled away. The firm has responded to this suddenly intense competition by promising to cut back on the number of phone models it produces and to use higher-grade materials and better designs in its more expensive devices.

“Competitive products will be introduced to drive smart phone sales, while efficiency will be enhanced across R & D and marketing to increase profitability,” a Samsung statement explains. “In the first quarter of 2015, while seasonality is expected to decrease demand for smartphones and tablets relative to the previous quarter, the mobile business will focus on increasing sales and improving business performance through new product line-ups, such as the Galaxy A series.”

Samsung’s smart phone sales fell throughout 2014 and according to analyst estimates, the firm sold 74.5 million smart phones in Q4, the same figure Apple provided for iPhone sales in the quarter. So both were responsible for almost 20 percent of the market in 2014. That’s a big fall from Samsung’s 30 percent market share in 2013. And a bump for iPhone, which controlled 15.5 percent of the market in 2013.

The question is whether this trend continues. Could Apple’s surpass Samsung in the smart phone market as soon as this year?

That’s not clear. I had predicted at the launch of the iPhone 6 and iPhone 6 Plus that these new devices would see Apple’s smart phone platform see a non-reversible market share jump, but I never saw such a dramatic change coming. (Typically, the Cupertino company sees a temporary bump immediately following any iPhone launch, but things return to normal for the remainder of the year.) Today, it’s not hard to imagine Apple surpassing Samsung in the smart phone market at some point, though we should still see a market share correction to some degree this quarter.

And Samsung at least has a plan to remain successful even if the iPhone does continue to eat its lunch in the smart phone market: it is stepping up efforts to produce the chips and displays that Apple uses in iPhone. So Samsung will at least benefit in part from iPhone’s success too.