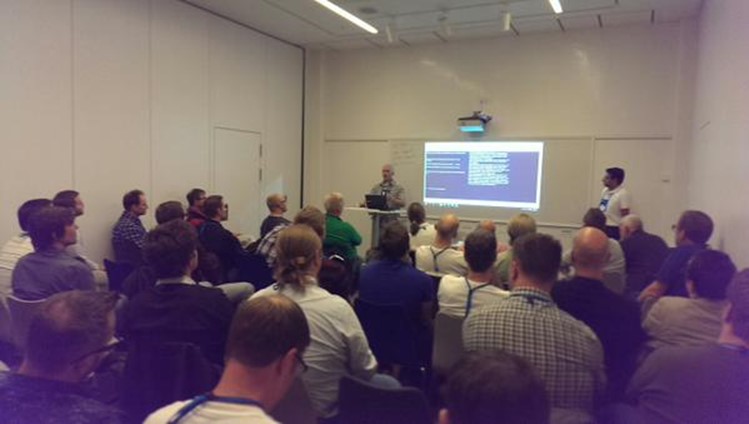 As I write this, the PowerShell Summit Europe is well underway in Stockholm, Sweden. And from what I can tell, everyone’s learning a lot and very happy to be here. For those of you who are not familiar with this event, this is a European version of the PowerShell Summit that’s held annually in North America, where the 2015 edition was held this past spring in Charlotte, NC.

Sessions are short, intense, and directed at IT pros looking to learn more about PowerShell and related technologies, like Desired State Configuration. This is also the conference that Microsoft has decided is the key place to interact and share their plans with members of the PowerShell community. There are always several presentations from members of the PowerShell team and its cousins. We typically also hear from newly minted Technical Fellow Jeffrey Snover about what Microsoft is working on and where they are heading. IT pros that are paying attention will recognize that if Mr. Snover is talking about a particular technology, then they had better start paying attention. This year is no different.

Key Technologies Emerging from the Summit

If I had to summarize Snover’s take-away points, Azure automation, Nano Server, and Containers are the takeaways of this event. And fortunately, all of these critical technologies have PowerShell implications. You may think these things don’t apply to you, and they might not today, but I expect that these technologies will become more relevant and critical in the next few years. The corollary to the topics Jeffrey Snover is stressing is that DevOps is important. This conference, while historically a PowerShell-centric conference, is expanding into the DevOps world. Certainly PowerShell is a common thread, but it doesn’t have to be.
PowerShell MVP and Chef evangelists presented a number of sessions in Stockholm that were as much about DevOps and Chef as anything PowerShell related. In fact, I expect that there will be even more emphasis on DevOps in future conferences, which I’ll talk about in more detail shortly. Over the course of three days, attendees will learn about Azure automation, DSC, Skype for Business, and plenty of PowerShell. A number of sessions are devoted to new PowerShell-related tools or techniques to help IT pros get even more done with PowerShell. And this is on top of previews of new PowerShell v5 technologies from members of the PowerShell team from Microsoft.

As one attendee told me, you think you know PowerShell until you come to an event like this, and then you realize how much you don’t know and how much more you can do. I’ve seen many attendees huddled around laptops looking at new ways to do things or simply discovering something they didn’t know about yesterday. 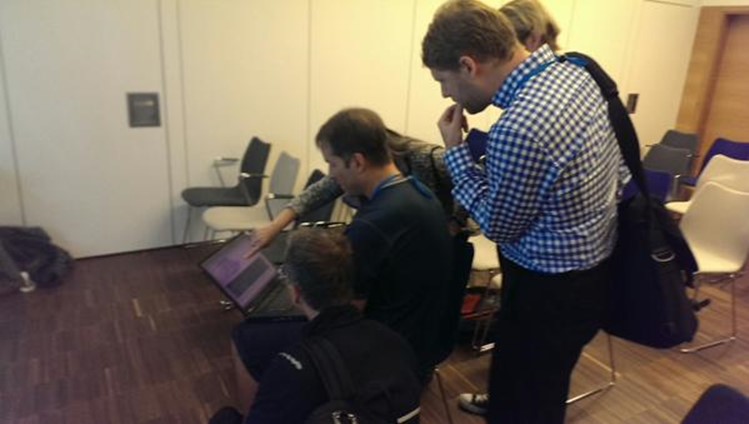 But all of this is about to change. In the past, PowerShell.org has sponsored a North American and European Summit, and by sponsored, I mean organized everything. As you might imagine, this is very difficult to do from six to eight time zones away. So this will be the last official PowerShell Summit Europe. PowerShell.org president Don Jones explains everything here. The short version is that Europe absolutely deserves its own event. For that matter, so does Asia, Africa, and South America. It just isn’t practical for PowerShell.org to be the organizing and driving force. These events should be organized and run by members of their respective local community. They are the ones best prepared to create a successful event for their region. PowerShell.org will certainly provide guidance and is encouraging these events to run under the PowerShell Forum banner. So if there’s to be a European event in 2016, some group of Europeans will have to decide how to make that happen. And I will say that many attendees I spoke with absolutely agree with the change even though they recognize the difficulty.

There will still be a PowerShell Summit, but it will be held annually most likely in and around Bellevue and Redmond for proximity to Microsoft. The conference will also expand its scope to include more DevOps-related topics. The conference even has a new name, PowerShell and DevOps Global Summit. A revised call for sessions is now open if you are interested. This conference will be targeted towards professionals devoted or invested in PowerShell and the DevOps world. We are expecting to have a variety of session lengths appropriate to the content. If a topic needs a couple of hours for a deep dive, then we want to be able to accommodate it. I don’t anticipate the conference growing in attendance size, so if this is something you are thinking about attending pay close attention to when registration opens. The first of the new Summits is scheduled for April 4-6, 2016 in Bellevue, WA.

I hope to be able to participate in as many PowerShell forums or regional events as I can in addition to the Global summit so I hope you’ll come up and introduce yourself to me as a Petri reader.