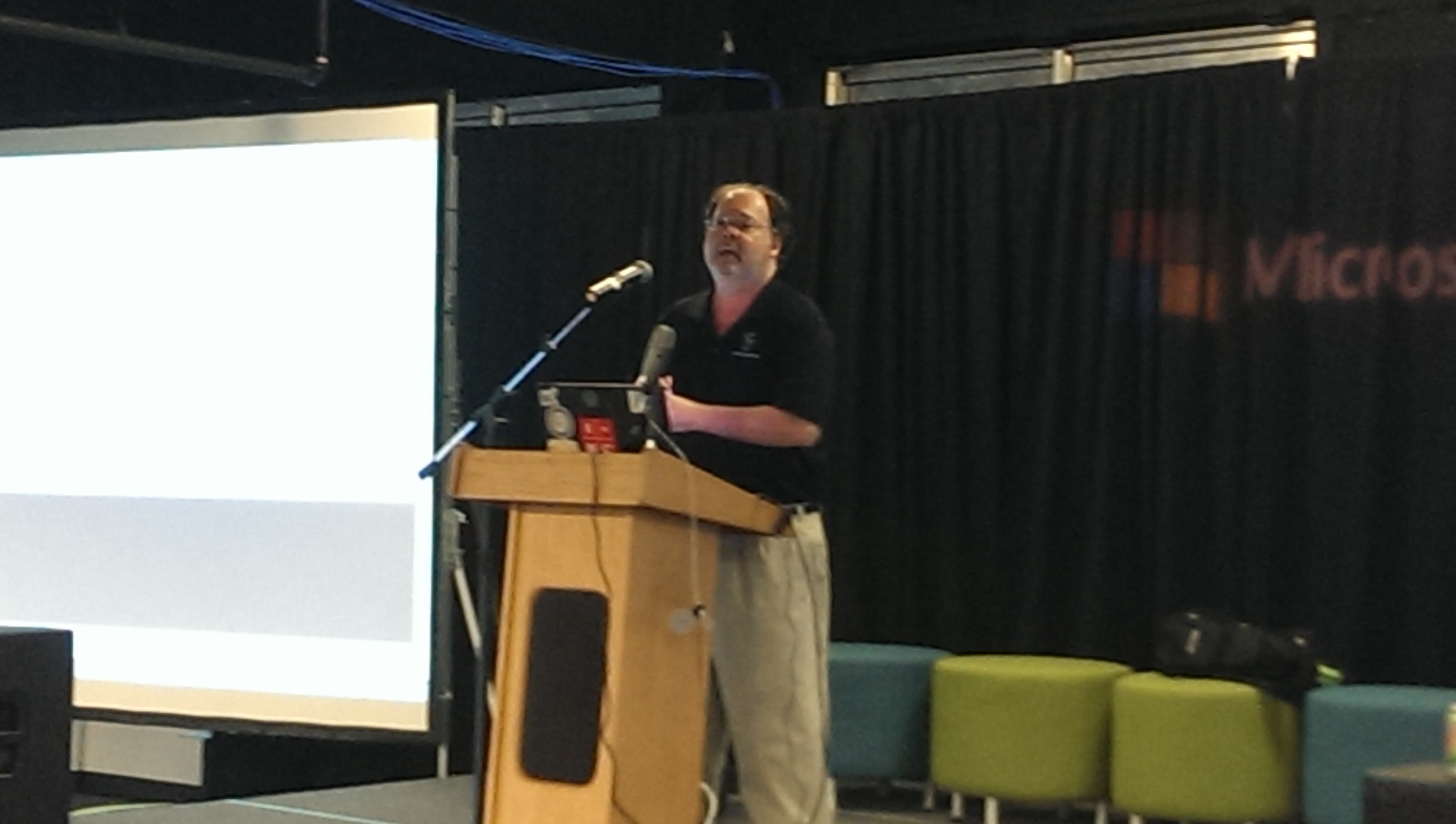 Day 2 of the PowerShell Summit kicked off where it left off yesterday. Lots of content around Desired State Configuration (DSC) and the latest features in Windows Management Framework 5. Chef evangelist Steven Murawski demonstrated how you can integrate Chef with DSC. Hemant Mahawar, a Senior Program Manager at Microsoft revealed the magic behind DSC, explaining how all of the elements work together. A lot of the content today centered on the improvements and changes to PowerShell 5.0, as well as Windows 10. I did a joint session with Lee Holmes, a Principal Software Engineer at Microsoft, on the new transcript and deep logging options. Transcripts will now run in the PowerShell ISE and other hosts and you can enable system wide transcription. Administrators have the capability to log script block activity as well as encrypting event logs. There is a lot happening in this space that I think will give many IT pros pause as they try to figure out what it all means to their organizations and how they will take advantage of it. We will try to help here at Petri.

Even though attendees love this conference for access to the latest and greatest information, the PowerShell Summit also provides guidance on how to use PowerShell today for daily tasks. Ed Wilson, the Microsoft Scripting Guy, presented a session on normalizing PowerShell data. Very often we get data from a variety of sources such as CSV files, databases or XML files. The odds are that structure of that data may not meet your requirements for whatever it is that you wish to do with it. Fortunately PowerShell has the tools to clean-up, transform or normalize this data.

Microsoft’s Ed Wilson explaining how to clean up your data in PowerShell. (Image Credit: Jeff Hicks)

The Summit often includes real-world sessions as well. Speaker and software architect Aaron Jensen shared his experiences using DSC at WebMD Health Services. These types of sessions are invaluable for attendees because they can learn first-hand the pain points and lessons learned. Even for the Microsoft product team, sessions like this are valuable because learn they how customers are using PowerShell and DSC. Although I can tell you that this real-world sharing extends beyond scheduled sessions, I can’t tell you how many conversations I was in or overheard where attendees were sharing how they were using PowerShell, problems they ran into, or solutions they discovered. There are a lot of open laptops and ad-hoc demos among attendees. I never see this level of engagement at other conferences.

Towards the end of the day, PowerShell.org president Don Jones presented on the recently announced Nano server. Don reminded the audience that when Server Core first premiered, he predicted that someday Microsoft would take the next step and get rid of even that limited interface. Shrinking Windows server is a good thing because you get a corresponding decrease in system resources, decreased number of reboot requirements, decreased number of necessary patches and improved performance for reboots. Nano won’t be the right choice for everything, but roles like Hyper-V and anything container related will be great matches. Nano will support a subset of the .NET Framework, which will allow it to run some IIS things and a subset of PowerShell. Fortunately, we will be able to leverage PowerShell remoting and CIM/WMI to manage it. If you haven’t gotten around to learning how to use PowerShell remoting, now is the time to start. According to Jones, the most important thing about Nano server is that this is the start of a new journey. Nano is the future of Windows server and while it will probably take a number of years and versions to get there, you ignore it at your own risk. IT Pros should grab any preview bits of Nano when they become available and start kicking it around in test environments. We’ll have much more coverage on Nano as it becomes available.

Microsoft Distinguished Engineer Jeffrey Snover, wrapped up the day with an open Q&A and as much I’d love to report on his comments and answers to attendee questions, much of his presentation has been placed under an informal NDA pending official release of several Microsoft announcements. But I can report that the audience was thrilled to get a sneak peek and pick Mr. Snover’s brain. Having direct access to Microsoft engineers and leaders in the PowerShell community is one of the best benefits of attending the PowerShell Summit.
The PowerShell Summit wraps up in Charlotte, NC on April 21.
If you didn’t make it to this year’s event, all of the conference sessions are being recorded and published to PowerShell.org’s YouTube channel. Next year’s North American PowerShell Summit is *tentatively* scheduled for April 4-6, 2016 in Bellevue, Washington. I suggest following @PSHSummit on Twitter to stay on top of registration announcements.