Microsoft’s new MSIX unified packaging format promises to make it easier to bring legacy apps to the Store, even if you don’t have access to the app’s source code. In this Ask the Admin, I’ll explore how MSIX differs from existing tech, like the Desktop Bridge.

At the beginning of March, Microsoft announced a new unified packaging format at its Windows Developer Day. The MSIX format is Microsoft’s vision for ‘a complete containerization solution and it inherits all the great features in UWP and most importantly, it applies to all Win32, WPF, Windows Forms, and UWP applications. The MSIX packaging format was open sourced today.’

MSIX will let developers use one format for packaging modern and legacy Windows 10 applications. It pulls elements from Windows Installer (MSI) while providing modern features of the Universal Windows Platform (UWP), like robust updating, a managed security model with flexible capabilities, support for the Microsoft Store, enterprise management, and custom distribution models. 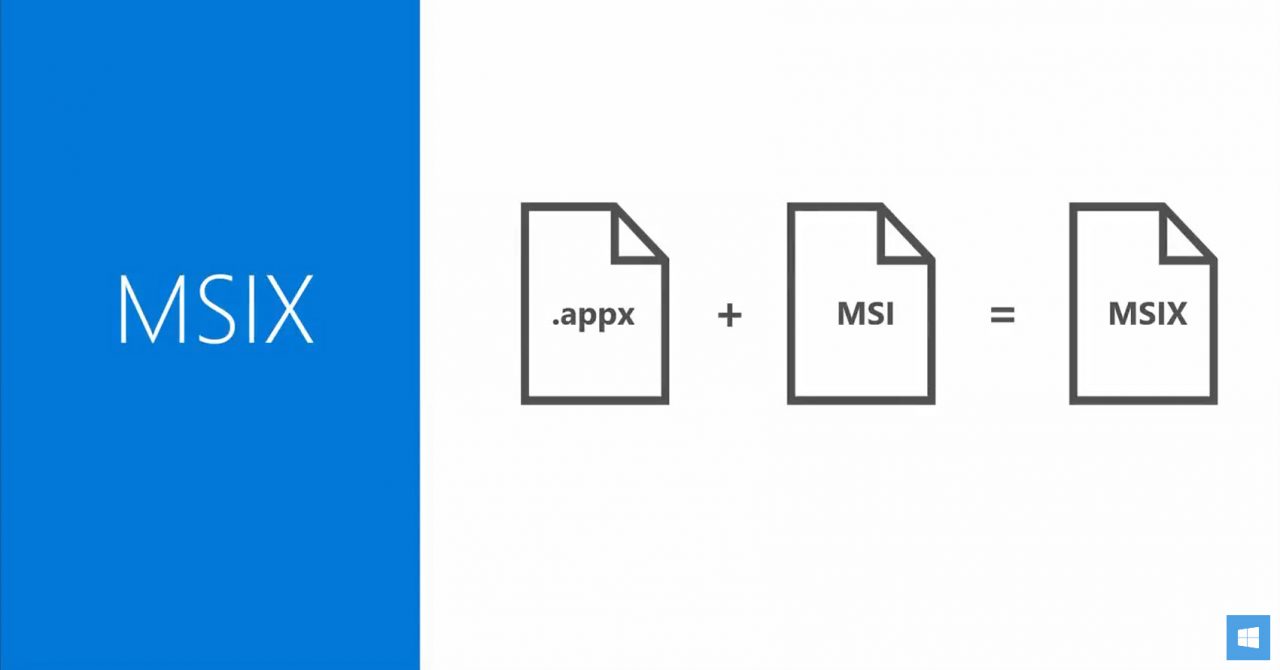 A Bridge to UWP

MSIX was built from scratch to provide complete containerization for all types of Windows 10 application. Microsoft is trying to move away from Windows Installer (MSI) and legacy applications in general. But while UWP offers many advantages, apps are limited because of a restricted API set. To overcome the limitations of UWP and the need to completely rewrite win32 apps, Microsoft’s Desktop Bridge provides a way to port legacy apps to the Microsoft Store and leverage UWP features like Live Tiles and notifications. The only requirements are access to the app’s source code and the need to make minor code changes.

MSIX brings together features of existing application packaging technologies, including the Desktop Bridge, .appx, App-V, and MSI. But despite supporting many features found in Windows Installer, MSIX is a completely different technology. It overcomes many of the problems associated with application repackaging by using Windows Containers, which isolate applications from the operating system, to maintain a clean application state. MSIX is open source and you can find the MSIX repository on GitHub here.

As part of the announcement, Kevin Gallo, Corporate VP of the Windows Developer Platform at Microsoft, revealed a partnership with Advanced Installer. Advanced Installer Express is a free product that provides interactive Windows desktop application conversion, a system to enable updates after conversion, Visual Studio 2015 and 2017 integration, and the ability to import existing .appx packages for easier maintenance. Advanced Installer Express monitors Windows for changes performed by existing installers and captures the changes to create .appx, MSI, and EXE packages.

The software includes features missing from Microsoft’s Desktop App Converter, like converting silent installers, the ability to use any virtual machine image, and detection of file type associations and Windows Firewall rules. For more information about Advanced Installer Express, head over to the website here.

Cloudhouse also announced support for MSIX. A blog on its website states that MSIX will eventually replace MSI and it has a list of workarounds for some of the technology’s restrictions. For example, MSIX only supports apps developed with the .NET Framework 4.6.1 and higher. If your app uses an earlier version of the framework, Cloudhouse recommends including the required version of the .NET Framework in the package container.

Exactly what MSIX supports in the current release of Windows 10, I’m not sure. But Gallo said that over the next few releases, Microsoft would add support for requested features, including application customization without the need for repackaging and UWP features. This suggests that support for MSIX in the April 2018 Update is quite limited.

Whatever the case, MSIX is clearly in its infancy. But the ability to manage all types of supported Windows applications using a unified installer has to be a plus for developers and system administrators. MSIX will also help Microsoft push Windows 10 S Mode because that can only succeed if more legacy apps make it to the Store. But it’s early days for MSIX and it remains to be seen whether Microsoft can deliver on its promises.