MC384326 — Updated October 3, 2022: Microsoft has updated the rollout timeline below. Thank you for your patience.

Microsoft Defender for Office 365 is introducing a new way of interacting with quarantined messages through an asynchronous approach. Previously, quarantine operations were carried out in a synchronous model on the technical execution side.

Note: This change is a major step towards introducing partial string search functionality and 1,000 message bulk operation support in quarantine.

This message is associated with Microsoft 365 Roadmap ID 93303.

When this will happen

Previously, an Admin from Contoso.com could release a quarantine message to a User in Tailspintoys.com. However, to eliminate the risk that comes with such behavior Microsoft will be disabling it. Moving forward an Admin will need to download the item from quarantined with the password-protected feature and use the download item for the specific workflow they want to accomplish. Please note that Microsoft will continue to support an Admin release to recipients who are in the same organization as the Admin. 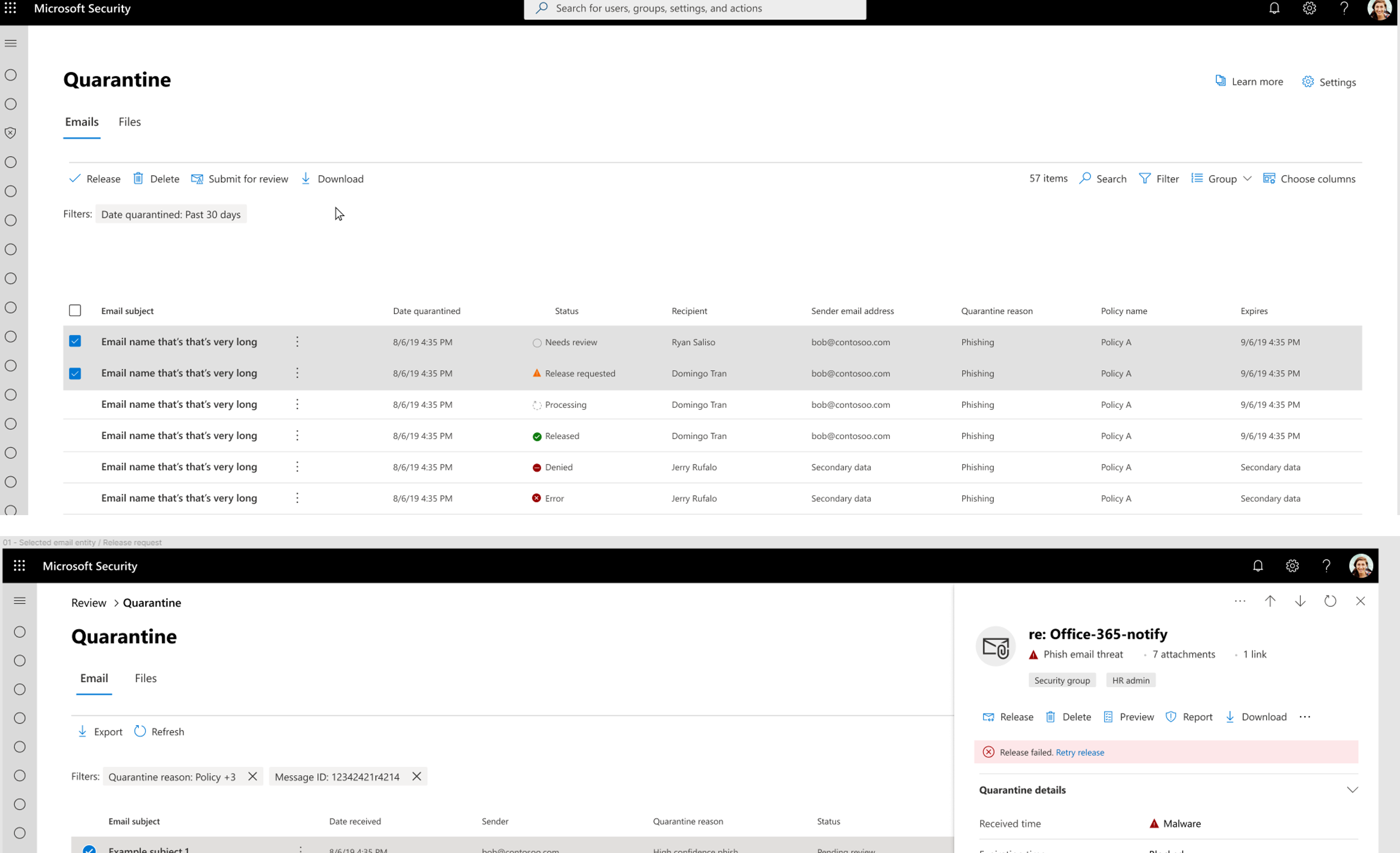 The goal for this communication is mostly for informational awareness. You may consider updating your training and documentation as appropriate.