MC420049 – Updated October 12, 2022: Microsoft has determined that this message did not reach the intended audience. You can safely disregard this message. Thank you for your patience.

Users will now be able to choose the Live Captions in the language they prefer, with the help of Microsoft Cognitive Service Speech Translation Capabilities. This will help users fully participate in meetings where the spoken language may not be their most comfortable language to use.

This message is associated with Microsoft 365 Roadmap ID 94843.

Microsoft will begin rolling out to worldwide and GCC at mid-September and expect to be completed by early-October.

GCC-H and DoD will be started to roll out at mid-October and expect to be completed by early-November.

Today, users can select just the spoken language, and the Live Captions will be in the same language as they selected. Please find the documentation here.

The spoken language is selected for everyone in the meeting, while the translation language for the Live translated Captions is selected only for the individual user.

Please note that some of the languages above will be in preview state when launching. 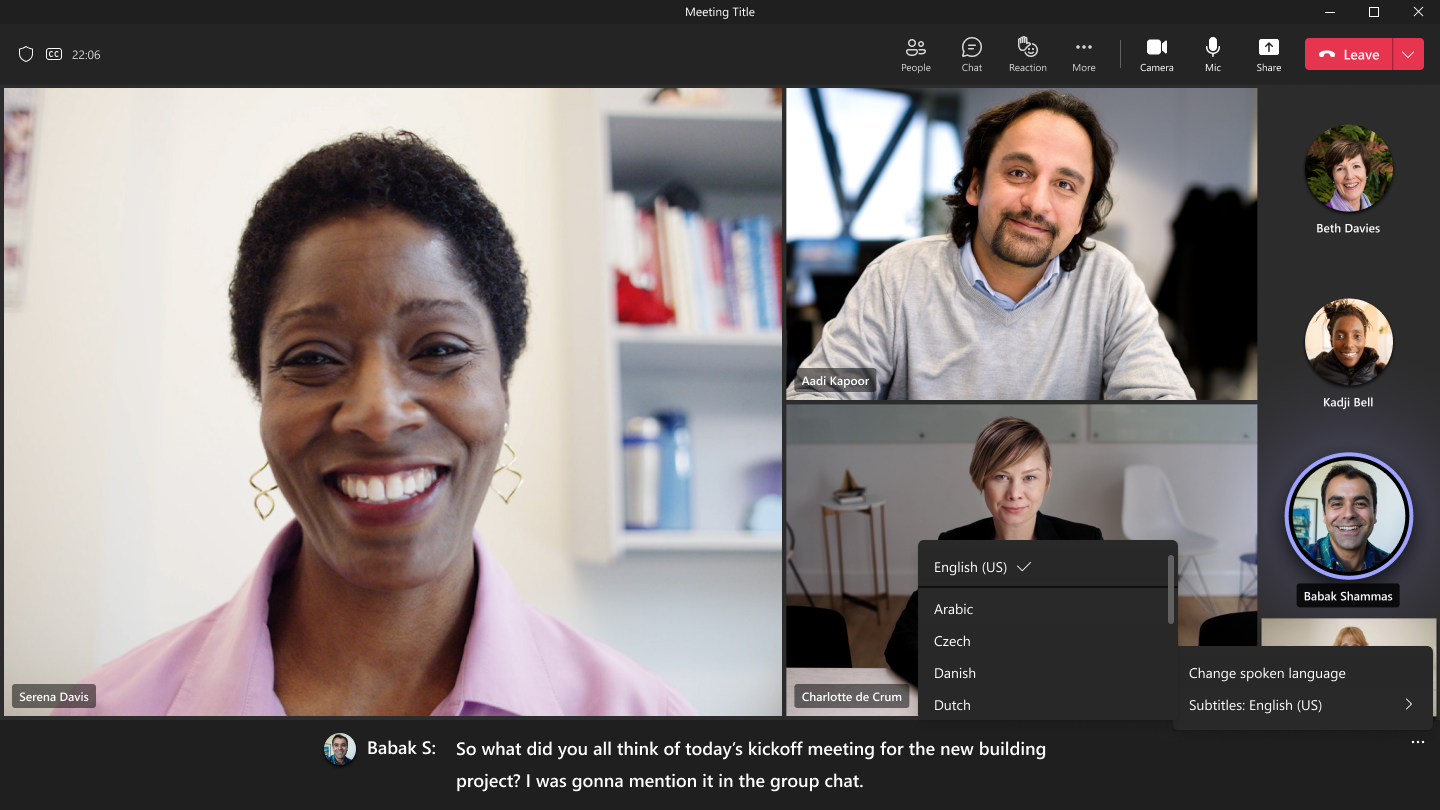 You may consider notifying your users about this change and updating your training and documentation as appropriate.