Microsoft has added the ability to rename shortcuts you’ve added using the “Add to OneDrive” feature within OneDrive web.

This message is associated with Microsoft 365 Roadmap ID 93279

Below is an image of the experience when renaming a shortcut in OneDrive: 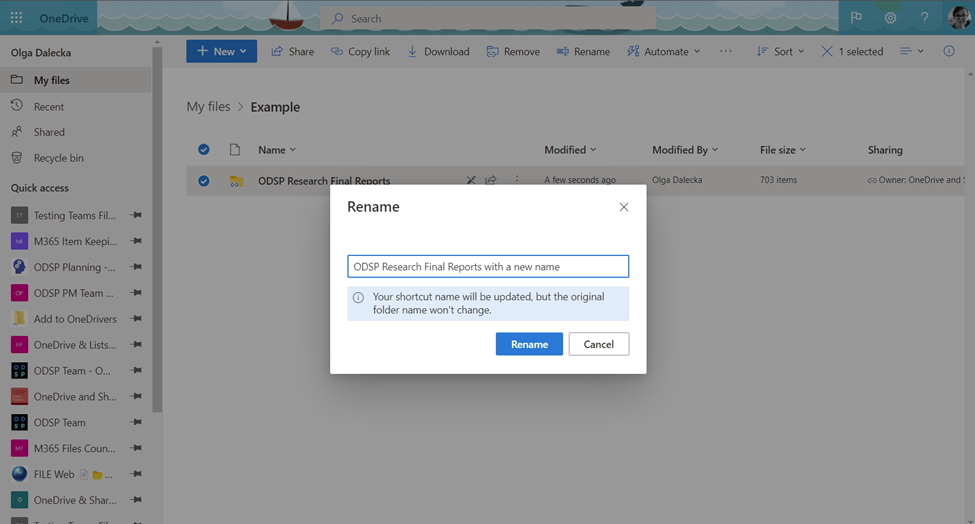 This change applies to folder shortcuts which have been added using the “Add to OneDrive” feature as opposed to Windows shortcuts. These folder shortcuts can be differentiated by the folder icon and the owner information visible in the Sharing column.

An example of a folder shortcut is shown below:

You may consider updating your training and documentation as appropriate.