MC395422 – Updated December 2, 2022: Microsoft has updated the rollout timeline below. Thank you for your patience.

With Cameo in PowerPoint Live, users will be able to integrate Teams camera feed into PowerPoint presentation and customize how and where they want to appear on slides.

⁠Cameo supports all personalization properties like any other Office graphical object such as those offered by Pictures, Gifs and Shapes. This includes layering Cameo between content, adding motion effects such as morph, changing styles, shapes etc.

Limitation: – Cameo in PowerPoint Live will not be shown in the recording, web or mobile clients.

This message is associated with Microsoft 365 Roadmap ID 87725

Cameo will allow users to insert and fully customize their camera feed directly within PowerPoint slide prior to joining a Teams meeting. Once joined in Teams meeting, users will be able to share PowerPoint Live and see their video integrated into slides. 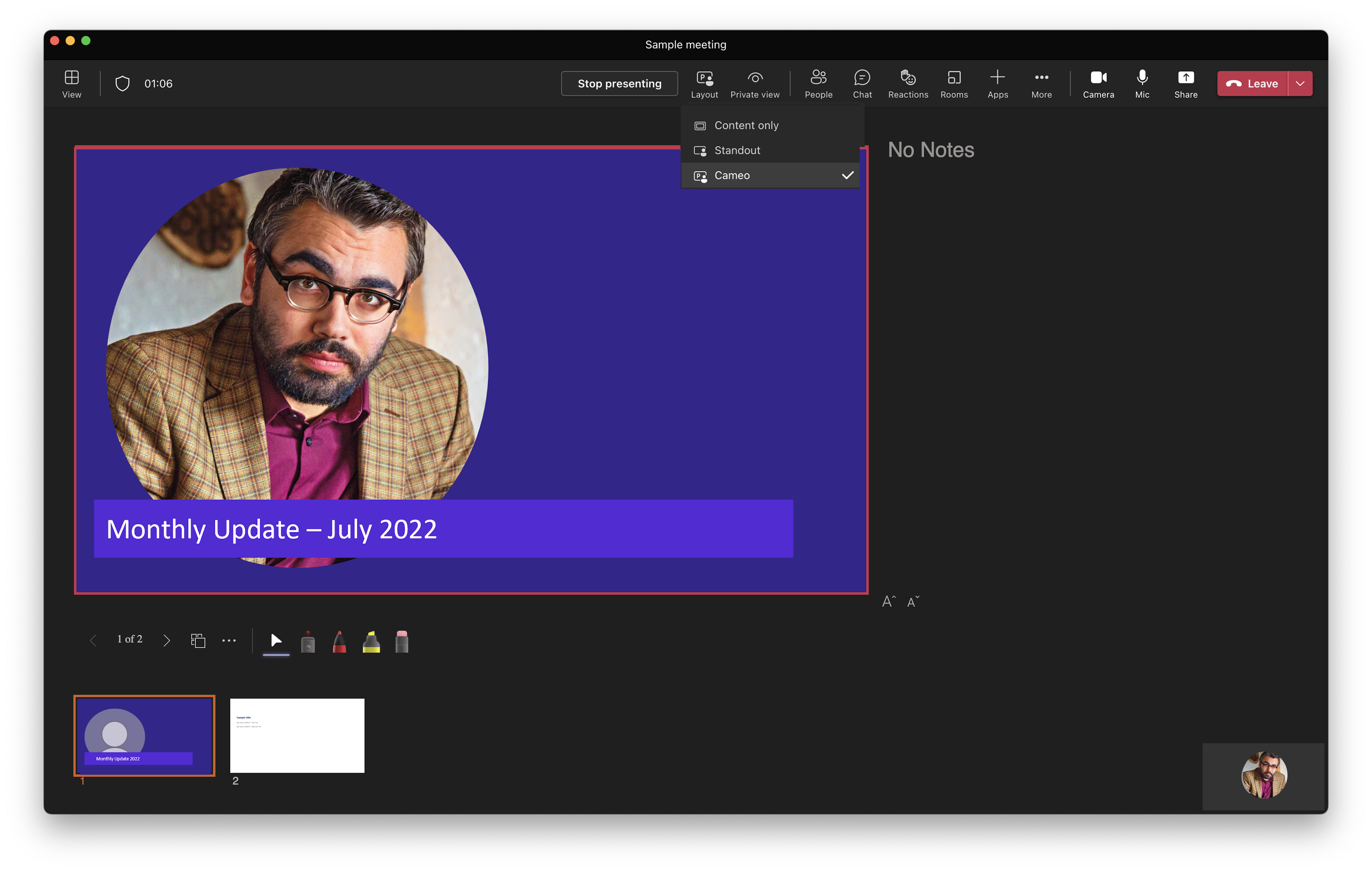 You may consider updating your training and documentation as appropriate.