Has Microsoft Changed their Image? 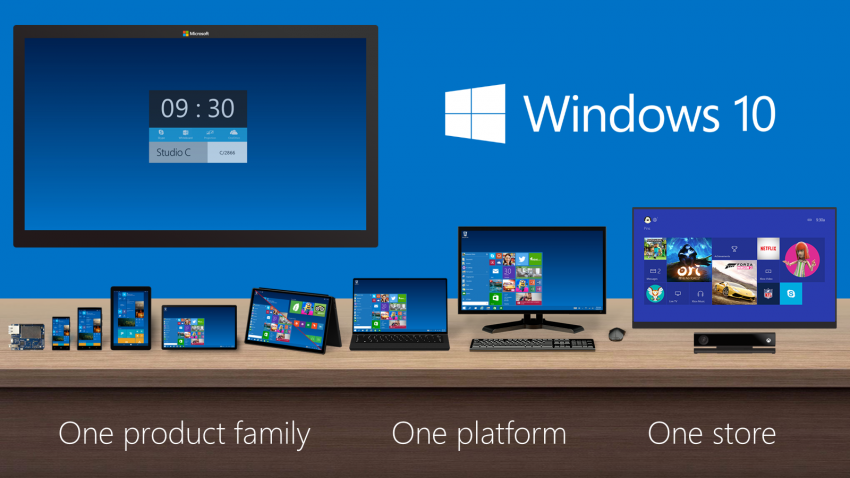 Like many of you, I was struggling to find a functional live feed for this week’s Windows 10 media event. Half-way through the event, I thought that Microsoft really should have used Azure’s auto-scaling feature for streaming these events. I also thought that Microsoft has done nothing other than confirm what we already knew. But 48 hours later when I am writing this article, I am convinced that Microsoft has positively excited the tech enthusiast market to a level that they haven’t reached in quite some time.

You don’t have to be a market analysis genius to figure out that Microsoft Windows has fallen to an all-time low. Most people do not use Windows for personal use. Look at what your family, friends, workmates, and fellow commuters are using. How many are reading or playing on an iPad? How many are talking on an iPhone or Android Phone? How many Windows tablets or phones do you see? There’s not too many of those Windows devices out there. Satya Nadella has confirmed that Windows has a paltry 14% market share across all devices.
Windows has been relegated to the position of work machine in the mindset of most people. Gone are the halcyon days when the release of Windows 95 generated headlines and a buzz around the world, only to be replaced by news articles if there’s a peep about Apple and a possibility that the company might release a new phone in a different color. And yes, even those horrendous Samsung launches generate more headlines, but let’s face it, we all get a giggle at some Hollywood producer flubbing their lines and walking off of the stage.
Windows 8 was a disaster. Microsoft, as it was then, arrogantly shut down all meaningful mechanisms of feedback and told us, “swallow this because it’s good for you.” We were given Windows RT, a confusing experience that never had a future, and a user interface with a personality disorder that did not reflect how users worked. And critically, Microsoft did not get app developers on board with their discrete phone, tablet/PC, and console stores. Sadly, many of those that did produce apps gave us inferior products, such as the shameful Amazon Kindle app for Windows 8.
The general public perception is that Windows is a necessity for work. If you want to do something at home, then you use a phone or a tablet that doesn’t run Windows. The consumer has a preference, and it usually starts with the letter “I”. Microsoft continues to be a leviathan in enterprise services and software, but that is being eroded by employees coming to work and demanding iPads, Android handsets, DropBox, and Gmail. How on Earth can Microsoft turn things around and get media and consumers on-side?

It turns out that one carefully timed and planned event is all that it takes. On Wednesday 21, Microsoft launched their Windows 10:The Next Chapter media event in Redmond, WA. This event was a follow up to a prior Windows 10 preview launch that focused on enterprise scenarios. The event started off talking about the role of Windows 10 in the consumer space, touching on points that we either already knew about or had been strongly rumored.

There is not Windows 10 for PC, Windows 10 for Xbox One, or Windows Mobile 10: there is simply Windows 10. This means that there will be one OS and application platform for:

One application platform across all kinds of devices is an advantageous and unique selling point:

The number one reason for the failure of Windows 8 is that Microsoft did not listen to the feedback on the UI. Those days are over. As an MVP, I get to work up close with the program managers at Microsoft. The Microsoft of today is very different to what it was even 12 months ago. Feedback is asked for, measured, and acted upon.

Anyone running Windows 7 or later will be entitled to a free upgrade to Windows 10 during a one-year period after the release of Windows 10.
The term ‘Windows as a Service’ was also used by both Terry Myerson and Satya Nadella. We are led to believe that this means there will be a continuous stream of improvements after the release of Windows 10, adding and enhancing functionality in the client OS. The combined results of this upgrade jump and continuous improvement could be:

Note that Microsoft confirmed that the upgrade offer does not apply to Windows 7 Enterprise, Windows 8.1 Enterprise, and Windows RT. Paul Thurrot also noted that it looks like Windows RT will be the orphan (so to speak) of this entire process.

Microsoft could have stopped there, but they went on. In fact, this event was much longer than I had expected.

Microsoft gave us a glimpse at Project Gemini, which are touch-first versions of Word, Excel, and PowerPoint. Microsoft will include these Universal Apps in Windows Phone and small tablets and make them available via the app store for other form factors. Going the Universal App route reduces the size of the project and allows Microsoft to focus  on producing a better product that can work on a multitude of devices with full document fidelity.

Mary Jo Foley (not The Verge as Microsoft alluded at the event) broke the story that Microsoft was producing a wholly new Internet browser that was not Internet Explorer. Microsoft wanted to create a new browser that is designed for the way we use the Internet:

IE is not dead and has not been replaced, but maybe this is the start of the end? Maybe Spartan will stop consumers from running so quickly to Chrome and Firefox? I am a Chrome user, but I want to use Spartan for the sharing and reading features; this is how I want to work and play.

Phil Spencer, the head of the Xbox division came out and confirmed that Microsoft is continuing to develop the Xbox brand as a gaming brand. We can finally bury the failed messaging and poor handling of feedback at the launch of Xbox One.
Interestingly for gamers, they showed us:

For me this was a bit of a non-event. No one can make meetings and whiteboarding sexy. Don’t get me wrong: I really want an 84″ touch PC for our meeting room because it would drastically change how I present technical briefings and training events. But, moving on….

Microsoft HoloLens: The One Item Everyone is Talking About

Personally, I would have been happy with everything above. It showed that Microsoft has started to listen to enterprise and consumer customers. They have a vision for simplifying usage, making information and interaction the products across an almost transparent OS, and bringing the fun back to Microsoft. But I did not expect anything like HoloLens.
Microsoft chose this week, just after the news that Google was suspending their Glass project, to launch an augmented hologram helmet that’s powered by Windows 10. Wow! The concept video showed engineers working with holographic machines on their desk, NASA engineers walking about a rover on a virtual Mars, and Minecraft being played on sitting room furniture. The concept is seriously amazing. I showed this to our little Minecraft aficionado, and she declared, “I want one.” She’ll have to get in line behind me! At work, everyone is talking about this device. The general media is talking about HoloLens. Twitter was alight with talk of Star Trek holodecks. 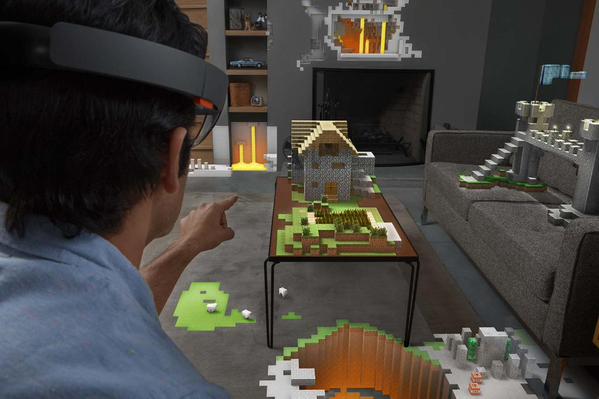 This could have been just another Kinect, but reports from the media that got to try HoloLens out, including Paul Thurrott, confirmed that this is truly an impressive experience.


Recipe for a Turnaround?

Microsoft was not cool. Microsoft was perceived as the platform that could only be used for work. With Windows 10, Microsoft changed old perceptions and has started to create something that no one else has: a modern cross-device OS that makes content and interaction the product. Microsoft has discarded the image of a ‘do what you’re told’ producer by listening to and acting on feedback. But most of all, HoloLens has caught everyone’s attention, including non-tech and business investor media and also raised awareness of Microsoft’s other innovations that were announced on the day.
In my opinion, Microsoft managed to change their public image as a has-been with one carefully planned event. But that’s just my opinion, what do you think?