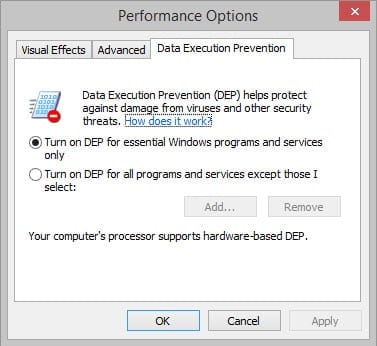 Extended support for Windows XP SP3 ends in April 2014, after which time only expensive custom support will be available to those companies that can afford the premium. Today I’ll bid Windows XP adieu, and discuss why it’s important you migrate to Windows 7 or Windows 8.

According to Microsoft’s Security Intelligent Report v15, which collects real-world data from the first half of 2013, Windows XP is six times more likely to be infected with malware than Windows 8. That’s not surprising, as the security built in to Windows XP was designed in a time where the threat landscape looked completely different. Despite efforts to improve security in Windows XP SP2, those defenses are still not sufficient to protect against today’s sophisticated attacks.

Migrating from Windows XP to Windows 7 (or Windows 8)

Many companies have already bitten the bullet and completed a migration to Windows 7, or are in the process of moving to Windows 7 (or Windows 8). Migrating away from XP can be further complicated when old hardware doesn’t support the 64-bit architecture, the preferred platform for modern versions of Windows. Although if you are unable to refresh the hardware, after April 2014 migrating to a 32-bit edition of Windows would still be preferable to continuing with Windows XP.

If application compatibility is what’s keeping you from moving away from Windows 7, consider a virtualization solution such as Windows XP Mode for Windows 7, which will allow you to continue running legacy applications on Windows 7.

There are many security features in Windows 7 that don’t exist in XP, and User Account Control (UAC) is likely to be one of the most beneficial. UAC allows IT to better provision standard user accounts; or in a worst case scenario, issue Protected Administrator accounts where users only have access to administrative rights when they explicitly give consent, helping to minimize the risk of finger trouble leading to system instability, or malware finding its way onto PCs.

Installing Windows 7 on new hardware enables additional security features such as hardware Data Execution Prevention (DEP), and if the hardware is not less than a year old, Windows 8 supports UEFI Secure Boot on devices with UEFI version 2.3.1 (or later).

It’s Not Just About Security

Both Windows 7 and 8 are faster and more reliable than Windows XP, but if you are considering moving to Windows 8, remember that users will likely need some training to help them navigate the new UI. Once users have worked with the new OSes for a few days, it’s unlikely that they will be in a hurry to return to Windows XP. New features such as File History (Previous Versions in Windows 7) and BitLocker let users recover files without calling the helpdesk and adds full-volume disk encryption to Windows respectively.

The benefits are not just for users but also for system administrators, with expanded Group Policy settings and native support for PowerShell. Windows 7 and 8 are also easier and faster to deploy, thanks to the new WIM imaging format that has been used since Windows Vista.

And last but not least, if you are also planning to upgrade your backend infrastructure, only Windows 8 supports all the features of Windows Server 2012 R2, such as Dynamic Access Control (DAC) and Workplace Join.