In this post, I will show you how to convert a virtual machine, not in an availability set, but with virtual hard disks in a storage account (without encryption) to a virtual machine using Managed Disks.

There is nothing unusual about the Azure Resource Manager virtual machine that I will convert. It has an OS disk, a temp drive, and some data disks. Keep in mind that the Managed Disk is ARM only.

We will be using PowerShell to do the conversion. Keep in mind, the necessary cmdlet is only available in the latest version of the PowerShell modules. Make sure you update the Azure PowerShell modules on your PC before you proceed. You will need to reboot if this is the first time you have installed the modules.

We will be using a cmdlet called ConvertTo-AzureRmVMManagedDisk to do the conversion. If this cmdlet is not available on your PC, then try updating your ARM Compute module with the below command in an elevated PowerShell window. Note that I wrote this article on February 18th.  Therefore, you probably will not need to run the below command after the next update to the ARM PowerShell modules installer but here it is just in case.

You can use the following small PowerShell script to convert the disks of a virtual machine from unmanaged disks to Managed Disks.

The first section of the script prepares three variables to store information about your environment:

The first command will request your login credentials so that the current PowerShell session can sign you into your account.
The second line selects the subscription that contains the machine/disks that you wish to convert. I included this line because many people have access to more than one subscription when they sign in. We need to select the correct active subscription.
You cannot convert a virtual machine’s disks to Managed Disks without shutting it down first. I use the resource group name and the virtual machine name with Stop-AzureRMVM to shut the desired machine down.
The final step, ConvertTo-AzureRmVMManagedDisk, uses the resource group name and the virtual machine name to start the conversion of the machine’s disks.
The virtual machine is automatically started up again. At this time, the locks on the original virtual hard disk blobs in the storage account are released. Once you are happy with the conversion, you can delete the original blobs. If the storage account is not being used for anything else (such as other virtual machines or virtual machine diagnostics), then you can delete the storage account. 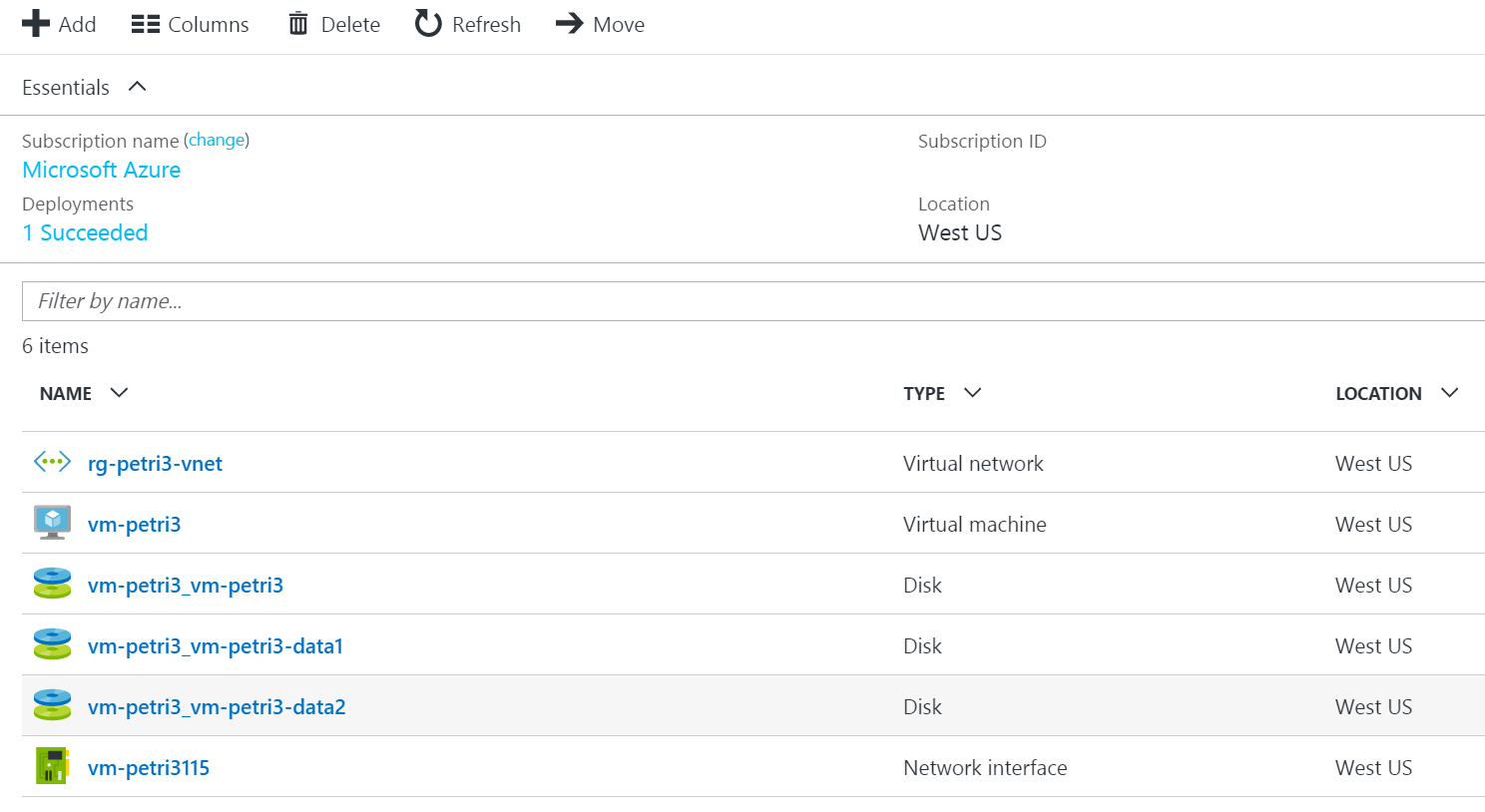 From the time I started the script to completion, it took approximately 5 minutes to convert my demo lab machine. Please note, the virtual machine was in a running state.


What About Availability Sets?