Shopping for Credentials with Cmdkey.exe

What IT Pros Can Expect at Microsoft Ignite 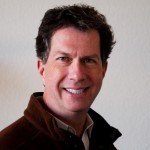 After more than 11 years in production, Windows Server 2003 is nearing its last gasp. On July 14th, 2015, extended support for this workhorse will expire. The argument that a legacy app running on a Windows Server 2003 server  “just works” because it’s paid for is no longer valid.

It’s not that the app and OS have changed — it’s due to the fact that the world has moved far, far past them, especially in the criminal world. After July 14th, there’ll be no more patches and no more support. No support from Microsoft also means that the application will also fail most regulatory requirements.

Looking at the positive side of this situation, getting rid of your remaining Windows Server 2003 systems also provides you with the opportunity to give a portion of your compute environment a big step forward. By migrating to the latest Microsoft OS — Windows Server 2012 R2 — you’ll have enabled a lot of new capabilities that were unheard of when Windows Server 2003 was released. There’s the latest version of Hyper-V, Storage Spaces, SMB 3.0…  it’s a long list.

It really is time to move on.

Before you can work on migrating your workloads off Windows Server 2003, you need to take inventory of those workloads by finding them. If you have a large number of Windows Server 2003 systems or a large server environment, I strongly recommend the Microsoft Assessment & Planning Toolkit (MAP). MAP is an agentless inventory, assessment, and reporting tool that can securely assess IT environments.

Figure 1 shows the MAP toolkit main menu with the sample database loaded. It supports a wide range of planning capabilities, as you can see from the left-hand menu. For the purpose of discovering your Windows Server 2003 servers, you need to choose the Server scenario:

Under Legacy Server Discovery, we can see that there are 67 Windows Server 2003 servers of various editions and architectures on the network.

You can drill further into this analysis by clicking on the panel. This brings up more detail on what kind of legacy servers you have, as shown in Figure 2:

To get this in an actionable form, click on the Generate Legacy Windows Server Report to get an Excel workbook of the data. You can then use Excel’s auto-filter function to select the OS type that interests you, which you can see in Figure 3 below:

In addition to tracking servers, you also need to keep track of more soft information about the server and its workload. This type of tracking will most likely be a complicated project, as every server and application has its administrators, owner, and customers. And you’re going to need to communicate with all of them for this migration.

The following list is information that you will likely need to obtain:

Note: This list is also available in worksheet form at http://1drv.ms/1CiJbog.

Now that you’ve identifed your Windows Server 2003 systems and collected pertinent information about them, you can more accurately plan how to migrate them. If you have many systems that need to be migrated, the process can become quickly complicated. I’ve provided a checklist below to help you organize the planning phase. You may not need all of these checklist items for your own Windows Server 2003 migration, but you’ll have at least examined all the major facets of a migration by looking through this list and crossing off items that aren’t relevant. And just maybe you’ll encounter some items you haven’t thought about.

Next, review new hardware technologies. In all likelihood, your Windows Server 2003 systems are physical, and you should be migrating to virtual machines (VMs). If you don’t have an existing virtualization environment to host the VMs, then this is the time to start one. Even if you have an existing virtualization infrastructure, it’s still important to examine what Windows Server 2012 / R2 capabilities require new hardware technologies (for example, RDMA). By going through this process, the hardware will be there to support new technologies when you’re ready to turn on new features.

Be sure to include hardware deployment lead time into your project plan. Remember that hardware is unlike software, where it requires significant lead time for spec’ing out, purchasing, shipping, powering, networking, and more.

A couple of useful TechNet articles on this are:

Workloads are the roles a server is performing; we use “workloads” instead of “roles” to distinguish it from Microsoft’s technical description of a role as a function that can be installed from Server Manager. For example, a server running a SharePoint workload may have several roles installed in addition to platforms, such as SQL Server.

Determine workload end of lifecycle. First, try to simplify the migration by eliminating systems that don’t need to be migrated in the first place. Perform an impact analysis of the system and workload. How much of an impact would decommissioning the system have versus the cost of migrating and maintaining it? Can this workload simply be retired and its functions moved to another system?

Consider the following for each workload configuration:

On premises vs. Cloud

Every workload or application has its own upgrade or migration path, which Figure 4 shows in more detail. Many workloads or applications are dependent on each other, so you must always keep dependencies in mind. For example, Exchange upgrades depending on Active Directory domain and forest-functional levels.

Although migrating your Active Directory from a domain and forest-functional level of Windows Server 2003 to 2012 R2 may not be strictly necessary if your current applications won’t take advantage of its expanded capabilities, you should do it anyway. Why? Because Active Directory protects the keys to the kingdom — your company’s identities and therefore access to all its resources — and its 2012 R2 version is significantly more secure than its decade-plus predecessor.

The Petri IT Knowledgebase has a handful of articles on how to do this:

Nonetheless, be sure that you review Active Directory changes beforehand. I strongly recommend you test the upgrade procedure by adding a Windows Server 2003 DC to your existing domain, then remove it to a test lab where you can add a Windows Server 2012 R2 DC to upgrade. This thread on Experts Exchange gives a high-level overview of the procedure. Microsoft technical evangelist Blain Barton also has an article on upgrading Active Directory, with a link that lists a variety of issues.

Once you’ve upgraded one DC to 2012 R2, it’s time to get your Active Directory forest to an all-2012 R2 environment as soon as possible. As the Microsoft Directory Service team notes, “It turns out that weird things can happen when you mix Windows Server 2003 and Windows Server 2012 R2 domain controllers.”

Web
Starting with IIS 6.0, IIS upgrades and migration have been made easier with the Web Deploy tool. Web Deploy simplifies deployment of web applications and websites to IIS servers, but it also can be used to migrate to newer versions of IIS. This article by Microsoft provides more information on how to use Web Deploy for migration.

Third-party apps
For applications purchased from a non-Microsoft third party, key questions include:

Dead-end systems
Very few systems may reside at an intersection where they can’t be migrated or they are absolutely essential for business operations. This is a bad situation. The best you can do is to create a security mitigation plan using network isolation and draconian firewall rules, along with having a formal sign off of risk acceptance by management. This sign off is important. The decision to leave a vulnerable system online is generally made by management, and those making the decision should sign off on the risk.

If none of these solutions work, you may need to isolate the app as a dead-end system.

Security considerations: Security is tighter with both Windows Server 2012 R2 and modern applications (ownership changes, some read/write permissions are taken away)

Licensing considerations: Consider what has changed with licensing. For example, Windows Server 2008 and 2012 have updated licenses that including some number of virtual instances, depending on what edition you purchase. Your virtualization architecture will impact what edition you need to purchase.

Business function and functionality reviews. Your stakeholders need to be involved in these planning decisions, which include the following:

Relatively speaking, execution is the most straightforward of these three migration phases. That’s because the actual migration process is not that different than any other production maintenance or upgrade process: You develop a plan to execute, you perform engineering tests, you package it up perhaps in a simply a documented procedure, and you have customers do acceptance tests of the end result in a pre-production environment. Next, you schedule and roll out the change.

The time has finally come to move away from Windows Server 2003. There’s lots of documentation on how to do it, along with a variety of existing applications that will get it done if you have a really tough situation. Get planning today; break this big project down into separate workstreams so much of the work can be delegated and worked on simultaneously. And get yourself a project manager; in a project like this, the technical professional needs to work on the technical aspects and leave the project work to a project professional.