How the Cloud is Making Siri Smarter in iOS 6 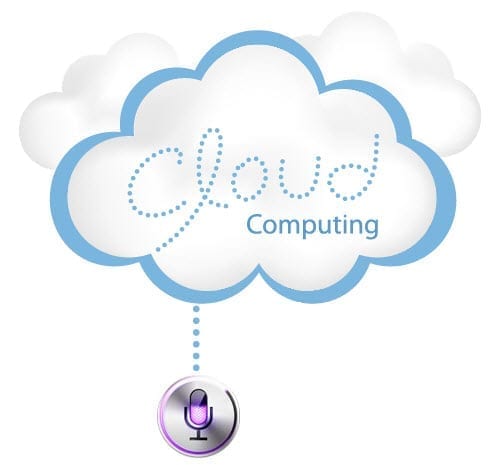 Apple’s Siri on the iPhone 4s has been both revered and reviled since its release last year. Based on Apple’s uncanny ability to create such love/hate relationships, this comes as no surprise. At the root of why Siri evokes these emotions are her potential and her performance. Luckily, it is possible to realize potential and improve performance. So how will Apple do this for Siri in the upcoming iOS 6 release? They will leverage the technology that is both Siri’s heart and her soul — the Cloud.

Siri is not a speech recognition app, but instead a natural language processing technology that focuses more on what you meant than on what she thinks you said. For example, if asked “is there a bathroom on the right?” with a heavy accent, simple speech recognition may hear “Is there a bad moon on the rise?” which would only be helpful when looking for the lyrics to a classic Creedence Clearwater Revival song. Natural language processing on the other hand will realize what you meant and allow the system to answer you correctly, which you will most assuredly appreciate. Natural language processing also empowers Siri to have a conversation, not just respond to simple commands.

When an iPhone 4s user asks Siri a question, it, along with other information from the device, transmits to the cloud for processing. The Cloud sends a response back to the device, Siri informs the user, and the conversation either ends or the process repeats when the user responds. The important thing to note here is that the Cloud, not the iPhone 4s, is doing all of Siri’s heavy lifting. Siri’s Cloud is comprised of ever growing privately owned Apple Datacenters with massive bandwidth pipelines.

How Siri’s Getting Smarter

Unfortunately, Siri’s current iteration in iOS 5 has been limited, relatively speaking, in the phrases she properly interprets. Of course, in Apple’s defense, they openly list Siri as a beta product. The goal of a beta program is to test, analyze, and improve. Nothing improves natural language processing better than data. Data on what the system hears versus what the user meant. Data on the most common questions asked or the phrases spoken. Data, data, data! This is where the Cloud gives Siri a powerful advantage through its distributed computing model.

People ask Siri millions of queries every day. Once transferred to the Cloud these are not only processed, but also stored. By aggregating this staggering amount of data, Apple has been able to learn in months what would have previously taken years. This analysis gives insight into what, where, when, how, and why users are talking to Siri. Understanding these answers has opened new doors for her in iOS 6. Siri will answer more questions with more accuracy about more subjects and in more places. No single device, let alone a mobile one, could provide this mammoth intelligence and statistical analysis. Only the Cloud’s distributed computing model and cumulative storage is suited to this task.

The cloud, by its nature, separates the back-end computing horsepower from the end user device. This has been an amazing factor in Siri’s evolution. Apple is upgrading, expanding, and even replacing back-end infrastructure such as servers, network components, and storage without any user even knowing, let alone being involved. Siri has grown, and grown, and grown, yet still runs on the same iPhone 4s as she launched on. In fact, with the release of iOS 6, Siri will run on the latest generation iPad. This is a refreshing development in an era where product evolution has required users to buy new devices. Only by leveraging the Cloud’s disconnected back-end has Apple pulled this off for Siri’s next generation.

The Cloud intertwines network with network, system with system. Interconnectivity on this scale enables significant features in the iOS 6 version of Siri: 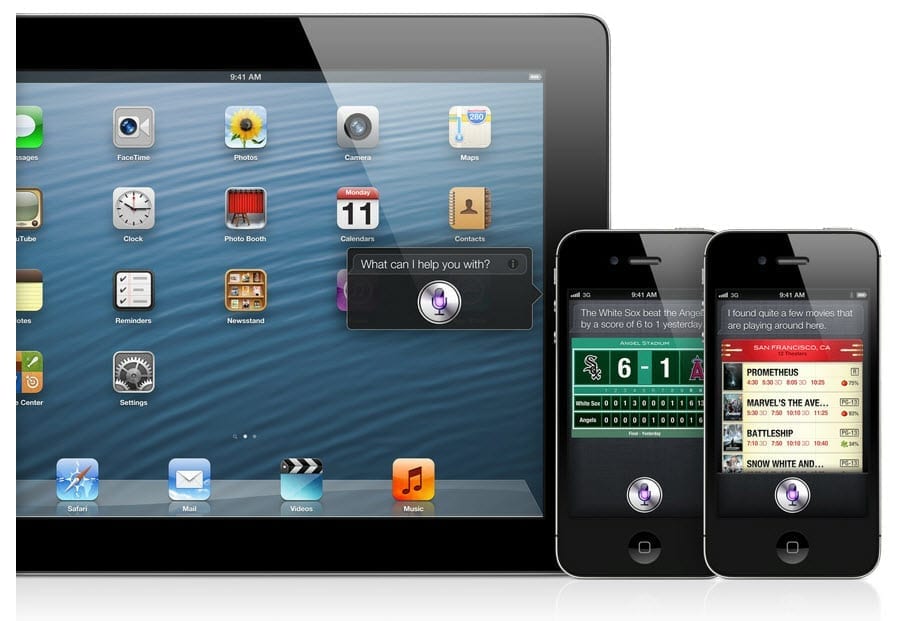 All these capabilities come to Siri in iOS 6. An individual iPhone 4s could not connect to all the systems necessary to perform the above with anywhere near the performance the Cloud provides. Besides performance, for those with limited data plans, think of the savings with the Cloud doing the processing. The Cloud maintains the constant data flow necessary to have all the information at the ready. The user data plan only transfers the required answer when asked.

So while Apple’s Datacenters use bandwidth to know the score of your favorite baseball game every minute of every inning, your iPhone only uses your data plan to retrieve the score at the bottom of the seventh when you asked. At a time when all iPhone 4s carriers are working to eliminate unlimited data plans, the Cloud powers Siri with a punch she otherwise may not have had.

Siri’s use of the Cloud elicits both praise and condemnation. Regardless, without Siri’s Cloud based model, Apple would never have been able to create the next generation product that will arrive in iOS 6. The Cloud’s distributed processing model, separation of back-end processing from the user device, and interconnections, combined with its many other unique features provided Apple the insight, intelligence, and power to produce a Siri that performs considerably better than her predecessor. The iOS 6 version of Siri is not perfect, but it is assuredly a significant step towards realizing Siri’s sizable potential.