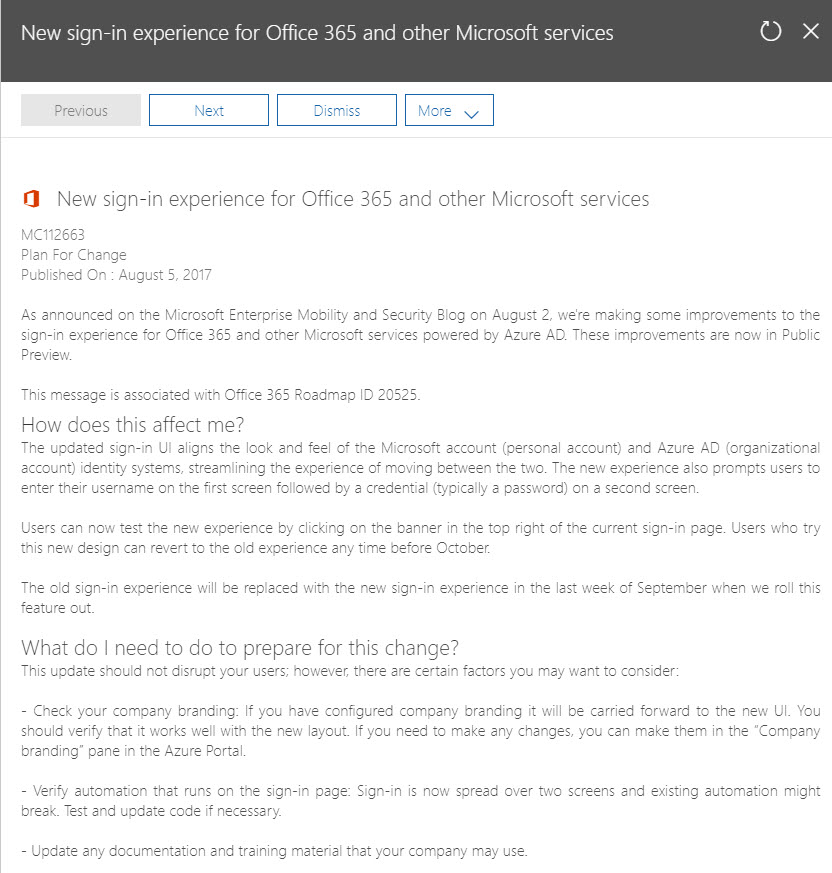 Another day, another dark cloud scuttles across the sky to make life difficult for cloud administrators. In this case, one Microsoft development group delivered a valuable update that makes sense but did so in a way that caused problems for many Office 365 tenants. And as sometimes happens in the cloud, the change came without warning.

The root of the problem is an effort to make Azure Active Directory sign-ins work more rationally and effectively. On August 2, Alex Simons, Director of Product Management for Microsoft’s Identity Division, announced that the “New Azure AD Sign-in Experience is now in public preview”. According to the post:

We know that this will be a disruptive change for some of you, but we believe that this sets us up for an exciting future of innovation in the sign-in space. To give you time to prepare for the change, we’ll leave the new experience as an opt-in public preview for the next few weeks. We plan to switch over to the new UI by default during the last week of September.”

The bolding in the statement is mine. 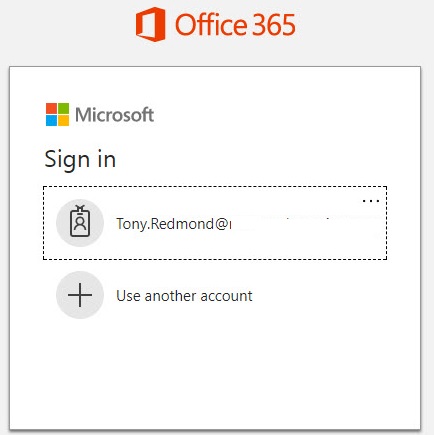 As it turns out, the prediction of “disruptive change” was all too true. A long and interesting discussion in the Microsoft Technical Community, tells how many Office 365 tenants, including some who had invested in customizing their tenant log-in pages, saw the change in production on August 1.

Being told by users that “We have a new sign-in experience – try it now” appears on the log-in page for Office 365 is enough to make an administrator choke on their coffee, especially when this comes unexpectedly. Indeed, as one comment noted, changing the sign-in experience at a time of heightened awareness about phishing attacks is not a good thing to do.

Microsoft says that the new sign-in design has been rolling out for other Microsoft services over the past few weeks, so you might have seen it for services like Outlook.com. As the blog notes, on August 2, it was “Azure AD’s turn.”

The only problem was that this preview change, which will become the default in the last week of September, appeared in production with no warning, no announcement specifically targeted at the Office 365 community, no message showed up in the Office 365 Admin Center until August 5 (MC112663), and nothing about the change appears in the Office 365 Roadmap. In short, this was a good example of how not to manage fundamental change in a critical service exposed to end users.

In addition, to make life even more interesting, the new sign-in experience breaks the ability of Office 2010 desktop applications to open documents stored in SharePoint Online and OneDrive for Business sites, an unfortunate discovery when you are mid-way through the deployment of 28,000 Office 365 seats (as reported by one customer). Clearing cookies from the IE or Chrome cache is a temporary and short-lived fix for the problem.

Update 11AM EST: Microsoft says that they have rolled-out a fix for Office 2010.

Surprisingly, the change to the sign-in page came after similar disruption occurred when the Azure AD team pushed out a previous change that caused problems in April 2017. Again, you could not fault the logic and the usefulness of the change, but the way Microsoft introduced the new code forced Alex Simons to apologize, saying:

“Additionally, we learned that we took many you by surprise and did not give you enough time to alert and train your employees about the change….

Despite avowing to do better, perhaps the Azure AD team did not complete revisiting their overall plan before the time came to ship the new sign-in.

In a comment on his latest blog post, Alex Simon defends the way that Microsoft introduced the new sign-in experience. He makes the point that Microsoft tested the changes with preview customers first and that the changes are now in a 30-plus day preview period. Both points are valid, but the lack of communication to Office 365 customers is just dreadful, especially when Office 365 is such a large and important consumer of Azure Active Directory.

Also, apologizing for the blog post appearing after changes appeared in production because “the dev team surprised us by getting the changes up and running a few days earlier than planned” is simply unacceptable in terms of customer communication.

Last week’s data breach, the changes to Azure AD, and issuing Office applications with the wrong digital signatures, are examples of poor change management and flawed testing within Microsoft. You could also add poor internal communications into the mix as the Office 365 team certainly does not seem to have been aware of the havoc that the Azure AD changes in April and August could cause.

The chance to meet and greet the Azure AD and Office 365 product managers at the Ignite conference is fast approaching. I look forward to hearing about how the Office 365 team plans to improve how they introduce updates into production. Improvement is sorely needed.