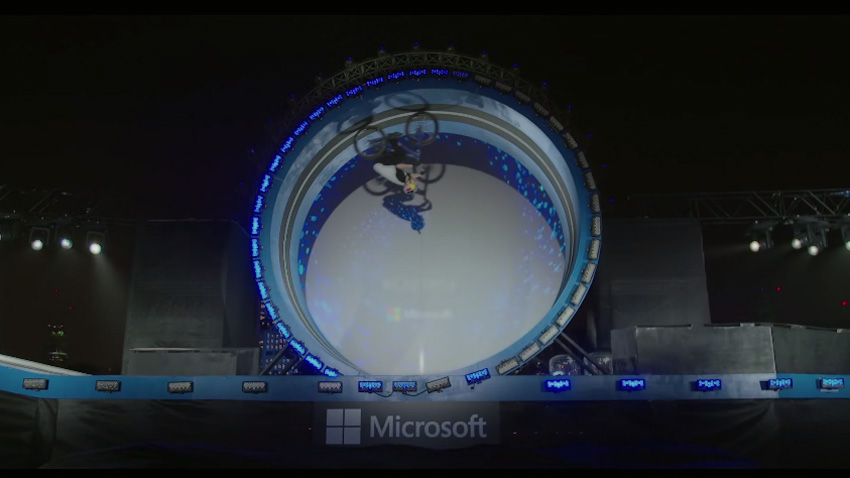 This week, Microsoft announced that it will port its Cortana digital personal assistant—a key part of Windows Phone and the forthcoming Windows 10—to Android and iOS. The news set off shock waves in Microsoft’s enthusiast communities, particularly that for the beleaguered Windows Phone platform. But this news was inevitable, and entirely consistent with CEO Satya Nadella’s strategy. And it makes obvious Microsoft’s real strategy for Windows Phone going forward.

I wrote about Microsoft’s Cortana announcement yesterday in Windows 10 to Embrace Rival Phone Platforms. Long story short, Microsoft is creating a Cortana app for both Android and iOS, though it is being positioned as a “companion to Cortana on your Windows 10 PC,” rather than a standalone solution. Part of that is simply political—Microsoft is trying to make this release part of the benefit of adopting Windows 10 on your PCs—and part of it is practical: as an app, Cortana for Android and iOS can’t provide the same deep integration that Microsoft achieves in Windows.

“The Cortana app [for Android and iOS] can do most of the things Cortana does on your PC or on a Windows phone,” Microsoft’s Joe Belfiore explained. “Because it’s ‘just an app’ there will be certain things that Cortana does on Windows phones that won’t work on Android devices or iPhones. Some features require access to the system that aren’t currently possible with iOS or Android, so things like toggling settings or opening apps won’t initially be available in the Cortana companions for those platforms. Similarly, the ability to invoke Cortana hands-free by saying ‘Hey Cortana’ requires special integration with the device’s microphone, so that feature will be limited to Windows Phones and PCs.”

That some Cortana features will remain—for now—exclusive to Windows platforms hasn’t calmed the already-frayed nerves among Windows enthusiasts. They’ve watched as Microsoft under Satya Nadella has quickly moved from a “Windows first” or “Windows best” strategy to what they wryly call a “Windows last” or “Windows never” strategy. But Mr. Nadella has been clear about the aims of his strategy. And porting Cortana to Android and iOS actually makes sense.

As Nadella has said repeatedly, the first part of “mobile first, cloud first” is really about the mobility of experiences, and this important clarification makes the redundancy of that mantra actually make some sense. Microsoft accepts that mainstream usage of personal computing services will occur on mobile devices, and that the way to achieve the mobility of experiences—your data, yes, but also your personalized settings and apps—is via the cloud.

For some of Microsoft’s fans, of course, this new world view means that some favored platforms will be deemphasized. And none more so than Windows, which was long seen as the bedrock upon which Microsoft’s fortunes are made. Today, that is no longer the case: Windows is only Microsoft’s third biggest business, and it is less important to the present—and future—of the company than are its cloud services and productivity solutions.

And it’s not the current perceived advantages of the platform. Yes, Windows Phone will continue to have some key differentiators, like the live tiles that offer a far more customizable and useful live notification functionality than is possible with the stale grid of icons on Android and iOS (and far more consistent than the occasional widgets found on Android). But live tiles are just a detail, and perhaps a temporary advantage as well, since both Apple and Google could easily replicate this functionality in their own systems.

No, the future of Windows Phone can be seen very clearly in Microsoft’s decision to kill the Windows Phone brand. In the Windows 10 generation, these devices are what we might call Windows-based phones, or “Windows phones” with a small ‘p’ on phone. (Joe Belfiore does just that when referring to Windows 10-era devices in the quote above, by the way.) Windows phones are in fact just very small PCs.

You can see this explicitly in features like Continuum for phones, which will allow new Windows 10-based phones to convert into full-featured desktop PCs when attached wirelessly to a mouse, keyboard and external displays. In this world, a Windows phone is simply a Windows PC that can also be used as a phone. It is a PC first—able to run universal apps and connect to PC peripherals—and a phone second. Which is fine. Since most phone users don’t very often use their phone as a phone already.

Looked at in the context of its “One Windows” vision, where Windows 10 works across a variety of devices that include Internet of Things (IoT) embedded devices, phones, phablets, tablets, 2-in-1s, PCs, and specialty devices like Xbox One, Surface Hub and HoloLens, Windows 10 on phones is just another type of Windows. It’s just Windows 10. And these devices, at heart, are all just PCs. PCs with different form factors, usage scenarios, and target markets.

Rethinking Windows Phone as a PC platform makes sense, too, because this is the one market in which Microsoft continues to see great success. Despite incredibly low prices, Chromebook is expected to snag just 2.4 percent of the market for PCs in 2015. And despite years of growing faster than rival PCs, Apple’s precious Mac still only has 6.2 percent of the PC market. When it comes to the PC and the productivity tasks at which such devices still rule, Windows still dominates. It still controls about 90 percent of this market. After all these years.

Microsoft is hitching the success of Windows Phone—sorry, Windows phones—to Windows 10, and to the PC. And if you’re a fan of Microsoft and its platforms, this strategy should be welcome. No, it’s not the “iPhone killer” that some may have hoped for. But take solace in the fact that the tablet hasn’t been the PC-killing game changer so many expected just a few years ago either. And by comingling its phones into an already diverse range of PC form factors, Microsoft may very well have found a way to grow both Windows and the PC market.