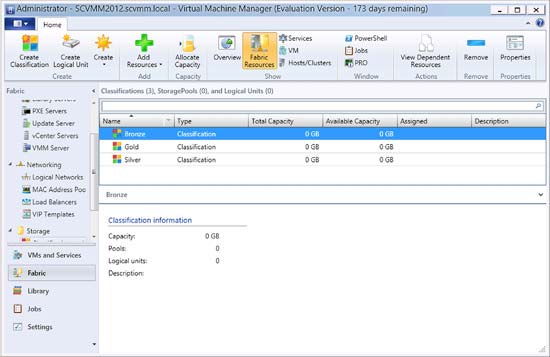 In this article I am going to look at the skills that I think IT pros should be looking at developing to make more use of Hyper-V in the coming year. I’ll kick things off by pointing out that deploying Hyper-V takes a different set of skills than deploying VMware vSphere.

I do not argue that Hyper-V still has a smaller total market share than vSphere. But we have evidence from IDC that Hyper-V continues to grow while vSphere is shrinking. And outside of the USA, at least here in Europe, Hyper-V has a much larger presence than in the USA, possibly because we Europeans were slower to adopt virtualization. It’s for this reason that IT pros should start to learn how to deploy Hyper-V… correctly.

I work for a distributor, so I am normally one-step removed from working on customer sites; I sell to the resellers, I teach the resellers, and from time-to-time, I help the resellers or my local Microsoft office out when there is an issue with a project. When I am called into a Hyper-V project it is more often than not because a VMware consulting company has been trying to deploy Hyper-V with a design that they would normally use for vSphere. My Hyper-V MVP colleagues from around Europe have a plethora of stories of when they’ve been called to undo the damage done in Hyper-V deployments by vSphere experts.
Let me ask you a simple question: would you use the same techniques for a gasoline engine as you would for a diesel engine? Of course not, so why would anyone assume that the way to design vSphere is universally correct? I would not assume that how I would deploy Hyper-V is universally correct. If you are going to be working with Hyper-V then you need to learn how to deploy Microsoft hypervisor correctly, including Failover Clustering, Windows Server networking, Windows Server storage, and more.

If you are going to deploy a larger Hyper-V farm, then you should strongly consider deploying System Center Virtual Machine Manager (SCVMM). For you vSphere folks, SCVMM is not Microsoft’s answer to vCenter; it is much more than a central console for hosts and virtual machines. I believe SCVMM should be renamed to System Center Fabric Manager because it is the tool that Microsoft envisions owners of larger systems will use to manage storage and networking, deploy bare-metal hosts and Scale-Out File Servers, and provision highly-available services with deep integration into any available load balancers.

Not everyone can afford System Center, and there are those that have concerns with the complexity of SCVMM. But for those of you that do have that licensing, my advice is that you learn the tool and make better use of it. If you are in the role of service delivery (internal or external customers), then SCVMM is the starting point for build a Windows Azure Pack (WAP) powered private or public cloud.

If you read my posts then it should be no surprise that I am advocate of using Scale-Out File Server (SOFS) storage for Hyper-V virtual machines. SOFS was the first technology to make real use of Microsoft strategic data transmission protocol, SMB 3.0. In the role of storage connectivity between hosts and a file share, SMB 3.0 competes against the likes of iSCSI, fiber channel and fiber channel over Ethernet (FCoE). However, Microsoft had bigger plans for SMB 3.0. In Windows Server 2012 R2, SMB 3.0 can be used for Live Migrations running at speeds of 10 Gbps or faster. In Windows Server vNext, SMB 3.0 expands again for synchronous and asynchronous replication between Windows servers.
SMB 3.0 is here to stay. There are three components or concepts you need to learn:

For those of you running more than a few hosts, you need to release that death grip on 1 GbE networking. 10 GbE is here, and for some of you, you need to be looking at 40 Gbps, 56 Gbps, or even faster! This isn’t because of Hyper-V; this is because you are creating larger virtual machines, generating more data, and retaining data for longer than ever before. Stuff needs to move across networks, and it needs to happen quickly.
This typically requires investing in expensive switches, where the NICs don’t actually have to be that expensive if you shop wisely, so you need to make the very most of every switch port. This is why we deploy converged networking, once the reserve of hardware solutions, such as those found in blade server enclosures.
Right now, many people are deploying Hyper-V hosts with lots of 1 GbE NICs, or they’re using very expensive converged-networking hardware. Those who use 1 GbE networking have bandwidth limitations for individual services or virtual machines. And most of those who are using Windows Server 2012 R2 on blade servers have grown frustrated with Emulex, who have near-monopoly status in this market, taking a year to resolve outage issues with the firmware and drivers of their converged networking NICs.
I have been an advocate of using the features of converged networking that are free in Windows Server. Place a pair of 10 GbE or faster NICs into your host, team them, create a Hyper-V virtual switch that connects to that team, and connect the host and virtual machines to ports on the virtual switch. Now the host and virtual machines have access to 10 Gbps networking while consuming just two top-of-rack (TOR) switch ports. Don’t get caught up in CAPEX costs. Remember that the cost of powering six to 10 x 1 GbE posts per host is probably much more than powering two x 10 GbE switch ports per host. OPEX cost savings over three years must be accounted for, too!

2015 will be the year that you finally have to admit that you’re going to do some stuff in the cloud. I came to that realization in early 2014 after very successfully ignoring Office 365 and Microsoft Azure for a long time. Your bosses are going to be hearing a lot in the media and directly from Microsoft about the cloud. Pressure will build, and if you won’t do it, they’ll find someone who will.
There are easy ways to embrace the cloud to supplement your on-premises environment. Everyone struggles with the costs of disaster recovery. Maybe Azure Site Recovery will give you an reasonably-priced solution for disaster recovery in the cloud? I hated working with tapes and tape drives, so maybe backup to Azure will service your needs for off-site backup and archiving? Do you need a hybrid web presence? If so, check out Azure website hosting plans, starting with free offerings. Or do you need a test/dev lab for IT or for the developers and testers? If so, why spends money on hardware when you can pay for what you use in Azure with supervision and enforcement by IT?

You’re using just 40% of the product you’ve invested in if you refuse to consider using PowerShell. Most of the magic that I show and talk about is driven by PowerShell and does not have a UI. I guarantee you that this percentage will decrease in the next version of Hyper-V. If you worked for me, I’d fire you. Harsh words, but sometimes a kick in the rear is required.

2015 will be a year of disruption in the world of Hyper-V. There will be the release of Windows Server vNext in the second half of the year. Azure will be purchased by more and more CIOs, with or without the cooperation of their IT departments, but there’ll be no choice about deploying services in the public cloud. And storage and networking will continue to evolve. You can prepare yourself for a very interesting year by spending some time learning the above technologies.